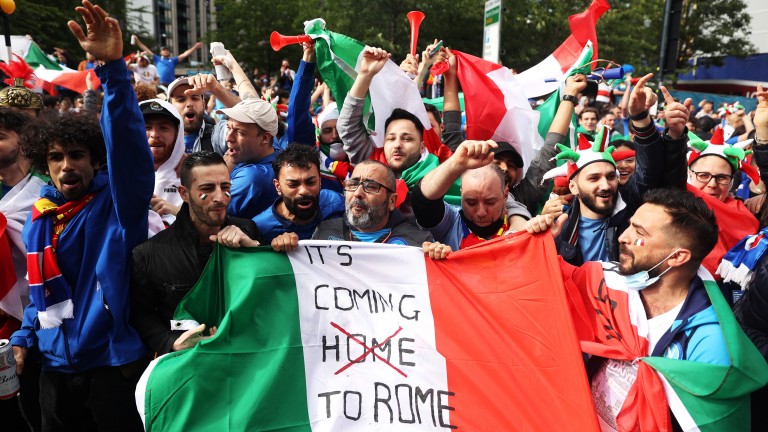 Football is for the fans. That's all you heard three months ago from supporters, pundits and even politicians as the European Super League was almost universally rejected.

This brash, outrageous attempt by some of the bigwig owners to break away and form their own elite European football competition was widely condemned as that same phrase was repeated across the United Kingdom and most of Europe.

But even without the European Super League, is football as we know it really for the fans?

In the midst of that sensational scandal, Uefa came out and made a statement (alongside the English, Spanish and Italian football bodies) that claimed: "Society needs solidarity now more than ever".

Just a couple of months later, that same body moved the Champions League final to Portugal despite it featuring two English clubs and Wembley being a viable option.

That move wasn't for the fans. That was about appeasing the sponsors and suits, and ensuring them as comfortable a Champions League final experience as possible, even if it meant hindering thousands of loyal Chelsea and Manchester City supporters as they were forced to make overseas travel arrangements during a pandemic.

More recently, Uefa threatened to move the Euro 2020 semi-finals and final away from Wembley as the government refused to provide assurances that sponsors would be exempt from the strict Covid-19 regulations in place.

That was as close to 'one rule for us, one rule for them' as it gets, but still this body had the audacity to preach how society needed solidarity, seemingly only when it suits it.

Even when taking these glaring examples of elitism out of the equation, you only have to look at the ticket prices to see what sort of 'fan' Uefa wants attending these big games.

One of my friends was offered two tickets for England's Euro 2020 semi-final against Denmark last week (when it was unknown if the Three Lions would even be in it) but only if we coughed up €595 each for the pleasure, or £508.66 going off the current exchange rate.

That price tag for a football match which isn't even a final is a disgrace. England versus Denmark might well have been the biggest international game of my life to date but Uefa attempting to take advantage of that and rinse every penny from me and other supporters is about as far from "football is for the fans" as it gets.

For the record, I declined the ticket as I wouldn't be able to explain to my girlfriend how we weren't going on holiday because I went to see a fixture that I could probably watch again for £20 when the teams meet in the 2026 World Cup qualifiers.

Of all the things I've missed doing during this pandemic, going to the football is the biggest. The last time I saw my beloved Tottenham, I was walking away from the stadium with a face of rage as we'd been dumped out of the FA Cup on penalties by a hopeless Norwich team. What I'd give to experience that once again.

But Uefa is blatantly taking advantage of this feeling among football fanatics, twisting their arm to shell out a load of money after one of the most devastating economic periods in recent history, all in an attempt to push up its own profits.

Football is for the fans, as long as you've got hundreds of pounds lying around.

But even aside from the apparent attempts to put sponsors first and squeeze as much money out of supporters as possible, the thing I have found most disappointing has been the repeated rejections of public displays of support for the LGBTQ community.

Volkswagen made a request to display rainbow advertising in Azerbaijan and Russia, which was rejected by Uefa, who said that those matters were in the hands of local authorities. However, earlier in the tournament, Uefa blocked Germany's plans to light up the Allianz Arena in rainbow colours for their match against Hungary, as a protest against Hungarian anti-LGBTQ laws.

Uefa's official statement read: "Given the political context of this specific request – a message aiming at a decision taken by the Hungarian national parliament – Uefa must decline this request."

Those two examples highlight how Uefa is, at best, inconsistent in its approach to these matters and that its own preaching of equality and tolerance seemingly falls silent when it is actually threatened.

Ideally, Uefa would challenge countries such as Russia and Azerbaijan on their stances, perhaps saying they cannot host European Championship games unless they agree to promote and comply with their guidance on equality. Sadly, it is hard to see this ever happening.

After the backlash against the European Super League, I, along with many others, hoped that this would be an end to Uefa's questionable decisions and financial sway. Instead, I feel as though the ESL's immediate collapse has actually caused things to shift the other way.

Uefa is seemingly more bulletproof than ever. Decisions it makes may be met with a negative response, but there are never any consequences.

We need reform in our beautiful game and we need it fast. Otherwise football will be for the sponsors, the suits and the elite – and only then maybe the fans.

FIRST PUBLISHED 6:00PM, JUL 7 2021
Even without the European Super League, is football as we know it really for the fans?