Gulf between rich and poor growing even wider 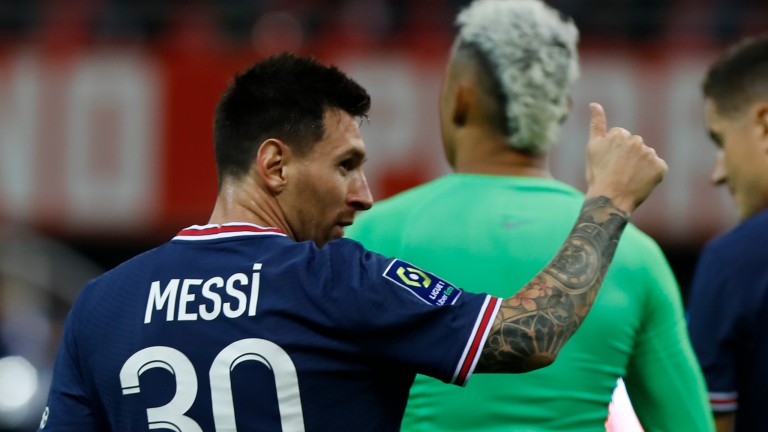 Lionel Messi is one of many new heavyweight arrivals at PSG this summer
NurPhoto
1 of 1
By Alex Wrigley 5:00PM, SEP 15 2021

I’ve had a couple of weeks to digest the summer transfer window but the bitter taste in my mouth remains. Football has rarely, if ever, been a level playing field but the gulf between the rich and the (comparatively) poor in football just keeps on growing and there is no better evidence of that than Premier League clubs spending more than a billion pounds this summer while many EFL clubs scramble around trying to make ends meet after 18 months of Covid-induced financial hardship.

CIES Football Observatory’s annual report on transfer fee spending was released last week and it wasn’t exactly surprising to see that almost half of the 20 biggest spenders in Europe reside in England’s top flight. All the usual suspects are present but did you know, for example, that Everton’s squad cost more to assemble than Bayern Munich’s?

That’s only the beginning of the highlights reel. Arsenal, despite failing to reach the Champions League for a fifth successive season, were the biggest spenders in Europe with an outlay of £156 million. London rivals Chelsea’s £100m splurge on Romelu Lukaku might not look too outlandish now that we’re all desensitised to these kinds of transfer fees but remember, they spent well over £200m last year, too.

Up north a late bout of sentimentality saw Manchester United add £25m to their annual wage bill, but only after they had already shelled out £100m on Jadon Sancho and Raphael Varane. Meanwhile, despite Pep Guardiola’s pleas of poverty, United’s cross-city rivals managed to find a British-record fee for Jack Grealish down the back of the sofa. They must have kept rummaging around back there because they almost found enough to sign Harry Kane too.

You can argue that Premier League clubs are forced to pay a premium and, while true, that doesn’t make it any less obscene, especially in the current pandemic-ravaged economic climate. Whose pockets is this premium coming from? Multiple monthly television subscriptions, exorbitant ticket prices and replica shirts that cost well over £50 - all so that we can enjoy the ‘working man’s game'.

But we can’t talk about wealth disparity and stop with the Premier League. There is an elephant in the room and it’s about the size of Paris.

PSG may have spent 'just' £75m in transfer fees this summer but that tells only a fraction of the story. I dread to think what the signing-on fees of Lionel Messi, Gini Wijnaldum, Sergio Ramos and Gianluigi Donnarumma were, and this comes from a club who couldn’t even win the much-maligned Ligue 1 last season. That’s not even mentioning their casual dismissal of a reported €180m bid for a player almost certain to leave on a free transfer next summer. I guess that’s just pocket change to Qatar Sports Investments.

The player in question - Kylian Mbappe - is seemingly bound for a Real Madrid side who revealed a gross debt of €901m in January and it’s been rumoured that Los Blancos can afford to sign both Mbappe and Erling Haaland next summer. Confused? Me too.

Still, Real Madrid’s debt looks positively minuscule compared to arch-rivals Barcelona, who have managed to rack up an unfathomable €1.6bn of debt thanks to some catastrophic mismanagement.

We were led to believe that Uefa’s Financial Fair Play regulations were brought in to stop this erosion of sporting integrity but all it has done is increase the divide. The rich become richer and find increasingly creative ways to skirt the rules, while the clubs forced to comply are left behind. Meanwhile, the cost of doing business is passed down to the fans.

The swift and ruthless execution of the European Super League proposal was rightly deemed a victory for football fans but that was just one battle in an ongoing war.

Unfortunately, until the governing bodies start dishing out some meaningful punishments, all we can do is sit back and watch it unfold on our overpriced TV subscriptions.

The aftermath of Sunday’s Italian Grand Prix has been dominated by coverage of the dramatic crash between Lewis Hamilton and Max Verstappen at Variante del Rettifilo but McLaren’s moment in the sun should not be overlooked and hopefully it’s a sign of things to come.

Daniel Ricciardo led McLaren to their first Grand Prix win in nine years to make amends for his tough first season in the car while, just a couple of seconds up the road, Lando Norris achieved his best ever finish to make it a first one-two for the team since 2010. The future is certainly looking bright for those in papaya.

Detractors - if there are any - will say the crash between the two World Driver’s Championship rivals was the catalyst for that shock result but that’s not necessarily the case. Ricciardo and McLaren won on merit and the fact the Australian was able to put in the fastest lap of the Grand Prix right at the end is proof that they had performance left to spare and testament to how far this team have come over the last few years.

Zak Brown’s team have already surpassed their 2020 points total in the constructor standings and Lando Norris - who is fast becoming Formula One’s most exciting talent - is fourth in the driver standings and only nine points behind Valtteri Bottas.

Nobody can predict what will happen next year with a host of radical rule changes set to come into play but, if McLaren’s improvement under Brown and Andreis Seidl is anything to go by, it may not be the usual two-horse race.

That’s something we can all get excited about after a decade of dominance from Mercedes and Red Bull.

FIRST PUBLISHED 5:00PM, SEP 15 2021
We were led to believe that Financial Fair Play was brought in to stop this erosion of sporting integrity but all it has done is increase the divide