Dutch shrewdies turning the tables on the big guns 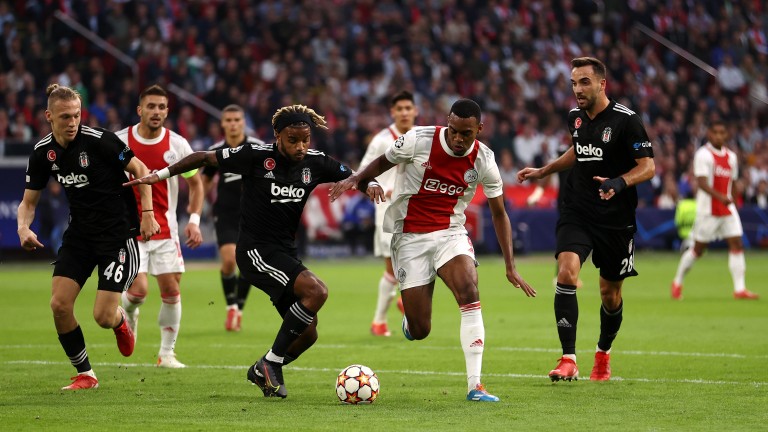 Ajax are once again making a splash in the Champions League
Dean Mouhtaropoulos
1 of 1
By Joe Casey 5:00PM, NOV 3 2021

Two and a half years ago, Ajax were beaten on the away goals rule by Tottenham in the Champions League semi-final.

Their European journey that season, which began against Sturm Graz in the second qualifying round, was stopped just short of a European final by a rule that no longer exists.

Along the way, Ajax went unbeaten in two group games against Bayern Munich, beat Real Madrid 4-1 and deposed Juventus in their own backyard.

The price they paid for that success was that their young team was plundered by sides across Europe.

In the film Moneyball, Oakland Athletics general manager Billy Beane calls his squad "organ donors for the rich". No football team in recent years has played that role better than Ajax.

Matthijs De Ligt, Frenkie De Jong and Kasper Dolberg, the spine of the team, went in the immediate aftermath of their loss to Spurs. Hakim Ziyech, Donny van de Beek, Sergino Dest and Joel Veltman departed the year after.

This was a team who punched above their weight in a way nobody had in European football since Porto won the Champions League in 2003-04.

With the players they lost, it would have been reasonable to expect the side to take years to rebuild.

And yet there has hardly been a more dominant team in the Champions League this season than Erik Ten Hag’s Ajax.

Borussia Dortmund, with arguably two of the best young players in the world in Erling Haaland and Jude Bellingham, turned up in Amsterdam and were beaten 4-0.

In total, prior to last night’s return fixture against Dortmund, Ajax had played 14 times this season, scoring 48 goals and conceding three.

Out of the ashes, comes a phoenix.

Since their meeting in that fateful Champions League semi-final, Tottenham have racked up a net spend of £193.86 million, according to transfermarkt.co.uk. In contrast, in the same period, Ajax have made a net profit of £198.68 million.

Six weeks before Spurs were beaten 1-0 by Vitesse in the inaugural Europa Conference League, Ajax notched a 5-0 victory over the same opponents.

Of the 14 players to play for Ajax in that second-leg defeat to Tottenham, just three featured against Dortmund.

Ten Hag and Marc Overmars, director of football at the club, have set about rebuilding the squad from their prestigious academy and with shrewd recruitment.

Antony, Jurrien Timber and Ryan Gravenberch are cornerstones of this side, none of them older than 21.

Dusan Tadic, one of the few remaining from the 2018-19 side, got ten assists in his first 14 games this season. Sebastian Haller, who West Ham were happy to take a £25 million loss on in January, scored 13 in his first 14 matches and was top scorer in the Champions League after three games.

Of course, there are no guarantees that this Ajax side will get anywhere near as far in this year's Champions League as the 2018-19 squad did. But with a reported wage budget of just shy of £32 million a year, they have every chance of pushing the big spenders all the way.

For context, that wage bill is a few million short of Burnley’s and almost £200 million less than that of Manchester United. Once again, they have turned the tables on the big clubs in Europe.

Ten Hag and Overmars have been linked with a number of jobs in recent weeks, but it would be a shame not to see them banish the memory of the Spurs game and finish what they have started at Ajax.

In the age of the European Super League, spiralling wealth and resources concentrated at fewer and fewer clubs, it is reassuring to see that good coaching and recruitment can still lead to success.

Ajax’s most famous son, Johan Cruyff, once said: "Why couldn't you beat a richer club? I've never seen a bag of money score a goal." It seems his philosophy is alive and well.

Rafiq Report should be catalyst for change - starting with Yorkshire

Earlier this week, extracts of the report from Yorkshire county cricket club into the racist bullying and abuse of former player Azeem Rafiq were published. The details paint a shameful picture of an organisation refusing to take responsibility for the wrongful behaviour of its employees.

Even though a current Yorkshire player has admitted to repeatedly using a racist term, among other derogatory statements, to refer to Rafiq, no action was taken as the county had deemed it "banter".

The player admitted that Rafiq had broken down in tears at times but said that he had no idea he had caused offence.

Yorkshire chairman Roger Hutton will be called before the government to answer for the club’s handling of the situation and the ECB is launching its own investigation.

In an age of concern for the racist abuse that sportspeople face online, it seems remarkable that a sports team could be presented with compelling evidence of their own players acting similarly and take no action.

FIRST PUBLISHED 5:00PM, NOV 3 2021
With the players they lost, it would have been reasonable to expect the side to take years to rebuild