Making F1 more fun is a marathon not a sprint

But new qualifying format would be a start 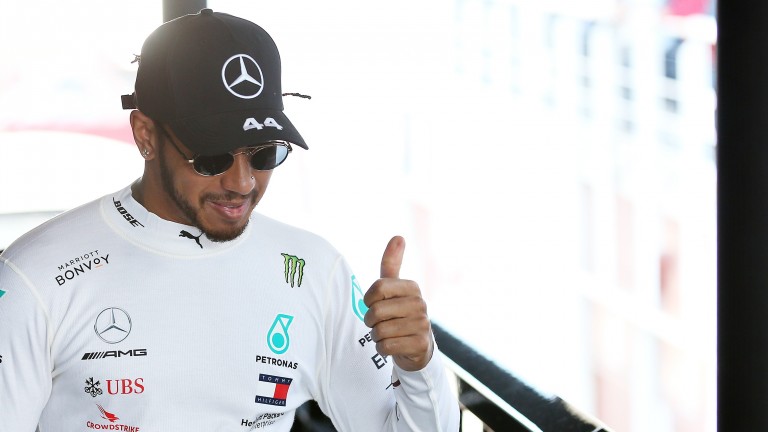 Lewis Hamilton has signed a new one-year contract with Mercedes
Charles Coates
1 of 1
UPDATED 10:35AM, FEB 11 2021

Formula One bosses have experimented with qualifying formats many times in a bid to spice up the show and a vote on the latest proposal of using a sprint race to decide the grid will be taken on Thursday.

The suggestion is for a trial of using a shorter race - of around one-third of a full race distance - on Saturday in Canada, Italy and Brazil to rank the field, with a qualifying session for this replacing second practice on Friday.

If the FIA and F1 commercial rights holders give the go-ahead (and they must for the change to have any chance), the proposal needs eight or more of the ten teams to vote in favour to be approved.

Previous suggestions involving reversing the grid never got going when Mercedes, who would have most to lose from artificially levelling the playing field, objected. But the world champions are reportedly more willing to get on board with the revised scheme.

I say bring it on. A little bit of innovation and added interest can do no harm at all when planned major regulation changes have been shelved for a year given the restrictions of the Covid-19 pandemic.

Having one practice instead of two and two races instead of one sounds like a more entertaining package, with the major sticking points in negotiations likely to centre around costs - a 45-minute session of close racing is likely to account for more front-wing damage than a solo practice spin - and the relative level of the points awarded for the Saturday race compared to the main event.

The posse of young drivers on the grid are well used to a two-race weekend, with F2 racing on Saturdays and Sundays already, and there are some extremely quick youngsters coming through - rookie Yuki Tsunoda at Alpha Tauri is one to watch - who would relish an extra chance to showcase their racing skills.

The field of drivers was finalised this week when champion Lewis Hamilton signed a one-year deal to stay with Mercedes and odds of 2-5 show how strong his chances of a record-breaking eighth world title are.

Hamilton's dithering has given a weird look to the ante-post price of another British driver, George Russell.

While his Williams teammate Nicholas Latifi is a 3,000-1 shot, Russell has been on offer at miserly prices as low as 10-1 as bookmakers guarded against the opportunity of the Mercedes reserve driver being projected into the class-leading car if negotiations with Hamilton had broken down.

They're not exactly taking any chances now Hamilton and Valtteri Bottas are confirmed at Mercedes, though. The super-quick Russell has been eased to only 25-1 despite being in a car that should be slightly improved but has a long way to go after the team failed to score a point last season.

The real answer to improving F1's overall appeal, of course, is to even up the level of competition much more to make driver talent rather than car performance a greater factor in determining the result. Solving that is a marathon, not a sprint, though.

The NFL completed its 2020-21 season on Sunday after playing all 269 scheduled fixtures against many people's pre-season expectations. But it was far from a normal year with Covid-related happenings including these:

1 The Draft was hosted from the Commissioner's basement

The 2020 draft had been scheduled to be a spectacular event in Las Vegas. Instead NFL Commissioner Roger Goodell announced the picks from a comfy chair in his basement.

2 A dog made the draft picks for the Patriots

Well, not quite. But Bill Belichick's dog sitting at his desk was just one memorable scene as teams made their picks from home.

3 There were no pre-season games

Talk of cutting back warm-up games from four to two has been swirling in recent years but having no practice games at all was a shock.

4 Games were played on every day of the week

Any given Sunday, plus regular Mondays and Thursdays, went out of the window as games were played on all seven days with fixtures put back due to Covid-19 outbreaks.

5 A team played with no quarterback

Practice squad wide receiver Kendall Hinton started at QB for Denver against New Orleans in Week 12 when all four of their quarterbacks were ruled out due to Covid protocols.

6 A team played with no wide receivers

For similar reasons, Cleveland were missing their entire first-choice receiving line-up against the Jets in Week 16.

7 A team played a playoff game with no head coach

At the other end of the lingering Browns outbreak, head coach Kevin Stefanski had to miss their first playoff game since 2002 against Pittsburgh after testing positive. Special teams coach Mike Preifer filled in.

8 Many games had no fans

Quarterbacks did not have to worry about crowd noise this year. Many games were played behind closed doors or with few fans. The Super Bowl had an official attendance of 25,000 including 7,500 vaccinated healthcare workers.

The Kansas City team barber had a positive test after trimming the first two of the 20 Chiefs players and staff who had appointments. If he had got further down his list before getting the result it could have had a major impact.