Watford's ruthless approach is not necessarily doomed to fail 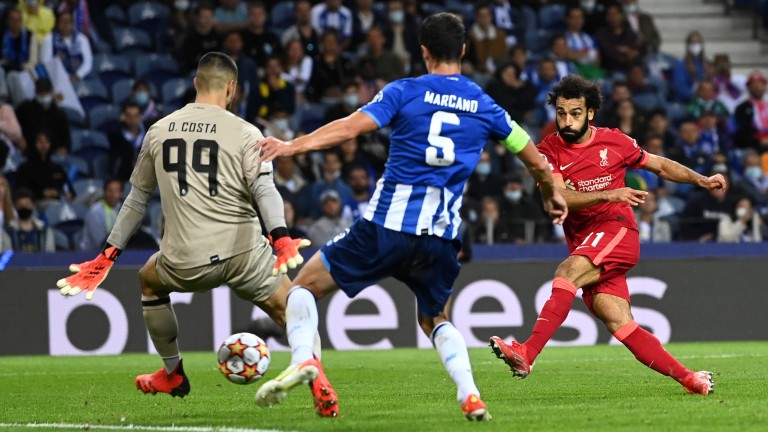 During the post-match analysis of Mo Salah’s latest wonder-goal against Manchester City last weekend, Sky Sports flashed up a graphic showing the Liverpool superstar's 'goal involvement' since he joined the club in August 2017. I had to look twice.

The Egyptian star has, incredibly, either scored or assisted 137 goals in his four and a bit years at Liverpool. That's a remarkable 27 more than the next best in the Premier League, Tottenham's Harry Kane.

It's a stat that leapt off the screen and took me by surprise. He’s had an even bigger influence on this Liverpool team than I realised and it’s why if the Reds want to continue to compete for the biggest prizes they must sort out a new deal for him as soon as possible.

With his contract expiring in summer 2023, there's a growing fear among the club’s fans that Salah’s irrepressible talent may soon be lighting up La Liga, Ligue 1 or Serie A. Or, even worse, he could wind up with his quiet demeanour and magic feet at another Premier League club.

Following Salah’s blistering start to the campaign, pundits and fans have pondered whether the 29-year-old is currently the best player on the planet, while others wonder why Liverpool have not already decided to break their wage structure and make him the offer he’s holding out for.

The fact he turns 30 next summer is held up as the main reason why the owners are reluctant to give him an even more lucrative deal but Salah deserves to be treated differently to other players deemed to be approaching the latter years of their career. The word phenomenon seems applicable.

Pick the cliche. World class, form of his life, winning games on his own, head and shoulders above the rest. Most of them fit.

The former Chelsea man, who has sometimes been taken for granted, is now operating at a level above and beyond pretty much all of the rest, including the aging and, dare I say it, fading superstars Cristiano Ronaldo and Lionel Messi.

What's even more amazing about Salah's form and goal-getting ability is the fact he plays out wide. It suits him to find space. Then, with pace, deft touches, intelligent movement and devastating finishing he torments defences. Time and again. Opposition players probably know exactly what he's going to do but they simply can't stop him.

The goal he scored against City was arguably his best in a Liverpool shirt but he's banged in several that have been very similar from that sort of position.

He can be selfish in front of goal but he possesses the same will to win all the top players do, his work ethic cannot be questioned and he gets Jurgen Klopp's 'team above all’ mantra and excels in it. Week after week. His consistency is remarkable and he’s rarely injured.

Which is why Liverpool fans are concerned that if they lose their star forward in the next year or so, they are seeing a club legend walk away. Make no mistake, there will be others who are willing to satisfy his wage demands. This is a man Reds stalwart turned pundit, Jamie Carragher, believes would walk into a Liverpool all-time XI.

That’s some claim, considering the dozens of truly world-class players that have graced Anfield since the 60s and beyond. But he's right. There's never been a right-sided forward at the club quite like Salah.

Trying to justify modern footballers deserve even more obscene amounts of money than they've already accumulated doesn't sit well with everyone. It doesn't particularly sit well with me, but in the context of today's game and comparing him with his so-called peers, Salah surely deserves every penny he's after. Even if that is upwards of £350,000 per week.

Watford have been criticised for sacking yet another manager when Xisco Munoz was relieved of his duties after just 10 months, to be replaced by Claudio Ranieri.

While the affable Italian's return to these shores will be welcomed by those who have missed his warm approach and gentle tactical musings, the question is; how long will he last in the hire-em, fire-em operation at Vicarage Road?

For some, keeping managers on long term is the route to success. Stability is celebrated. There are numerous examples down the years - Charlton, Bolton, Bournemouth and, more recently, Burnley, spring to mind - where clubs have given managers time to mould a team over several years and they have enjoyed lengthy stays in the top flight.

It seems sensible to build solidly over time with a trusted, experienced manager, you would think?

Well, there's another way. Watford are now on to their 14th head coach since the Pozzo family took over in 2012.

Has that trigger-happy way of going about things in Hertfordshire worked? Despite the regular and ruthless chopping and changing, they enjoyed five successive seasons in the Premier League before being relegated in 2019-20. Xisco then guided them back up but he only lasted seven games amongst the elite.

Some Hornets fans will say the policy of changing managers so often has worked. It certainly doesn't please everyone but it's also a tad simplistic to simply dismiss Watford's approach as short-termism and lacking in foresight. By all accounts, it's a well-run club, who always have a succession plan in place to be quickly activated when they feel the current coach’s time is up.

So, welcome back Claudio, just don't get too comfortable.

FIRST PUBLISHED 5:00PM, OCT 6 2021
Pick the cliche. World class, form of his life, winning games on his own, head and shoulders above the rest. Most of them fit