Data overload brings a danger of over-complicating a simple game 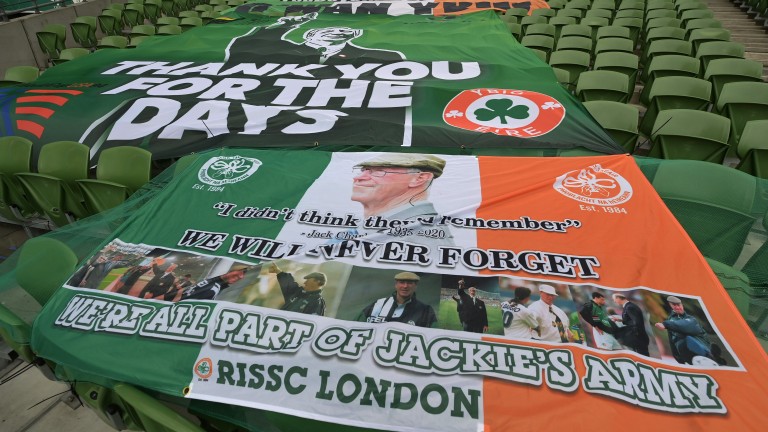 While watching the wonderful Jack Charlton documentary last week, I couldn't help but feel a tinge of nostalgia for football from the early 1990s.

Now I'm not about to suggest something ridiculous like football was technically better back then or the players were fitter. Don't be daft. We all know football has evolved over the past 30 years, mostly for the better. In the modern game, finely-tuned athletes play a fast-paced, highly-skilled version of the sport where the fine margins are finer than ever before.

Maybe it was just the former Ireland manager's style but while watching pictures of him overseeing training sessions in the build-up to the 1990 and 1994 World Cups and listening to his own comments from the time it struck me how, back then, the game seemed to viewed in more simpler terms.

These days, along with considerably more media coverage, we now have an incredible amount of stats and data available at our fingertips to pore over if we so wish. And the analysis has filtered down the pyramid too. If you're into it, you really can check to see how often Barnet defender Harry Taylor is booked in the National League (it's once every 303 minutes).

On top of the increased amount of stats, we have technology designed to detect if a ball has crossed the line by, literally, millimetres, while we can also determine if a player's armpit is apparently in an offside position. Where some see progress and new technology improving the game, the usefulness of other advancements remains open to debate.

Are we in danger of over-complicating things? Despite all the data gathered and the in-depth statistical analysis carried out, it really still is a simple game. Charlton seemed to me to be the sort of manager who liked to keep things as straightforward as possible. It's clear Ireland's direct, no-nonsense but hard-working approach served them well as they punched above their weight at times in those memorable tournaments in Italy and the USA.

Would the game's current penchant for in-depth analysis be to Charlton's liking? Would he have immersed himself in the sea of stats now readily available? Would he have liked heat maps or made a point of looking at passing wagon wheels? You get the impression from the documentary Charlton might have laughed at such detail.

From a punter's perspective, having plenty of stats available at your fingertips before placing an educated bet is, of course, a good thing. Who's injured, previous form and even what segment of a match a team scores most goals in are all helpful tools when deciding who or what to back. The expected-goals metric when studied alongside shots, possession and corners can give us a more complete picture of a game.

But it can sometimes feel like we want to know why every event occurred in a said match and we want a stat to explain it. The beauty of sport is that it's often unpredictable and sometimes the inexplicable happens. A fortunate deflection here, a massive goalkeeping gaffe there and a game is won or lost in a lucky instant.

All the top clubs use detailed data and statistics when scouting potential new signings and assessing their own squad. There is no hiding place for players. Their every pass, run, tackle and shot is recorded and collated somewhere to help produce a forensic analysis of their strengths and weaknesses.

Back in the early 90s, Charlton might have welcomed knowing exactly how many interceptions Paul McGrath made or how many touches in the opposition box Ray Houghton had in the first half. But maybe he would argue he knew already how reliable his players were anyway without the need for stats to confirm his own natural instincts.

Erling Haaland has assumed the role of Europe's hottest transfer target but you wonder what Borussia Dortmund fans think about their star striker being touted around the continent's richest clubs.

Even though he's only 20, Haaland already looks like the complete centre-forward. He may well become the best player in the world over the next few years but Dortmund fans will have to enjoy him while they can.

Haaland's father - ex-Man City man Alf Inge Haaland - and his agent Mino Raiola have been travelling around holding talks with various interested parties. They recently sat down with Barcelona and Real Madrid officials, while similar meetings will inevitably take place with the three or four Premier League clubs who might be able to afford him.

There's been no secrecy over these talks. Dortmund fans have basically been told their main man is moving on, it's just a matter of when, to who and for how much.

Of course, these huge transfers take a lot of time to be sorted out as those involved all attempt to get the best possible deal but the business is usually conducted behind the scenes.

There's very few centre-forwards who can be mentioned in the same breath as Haaland right now but Tottenham's Harry Kane is on that elite shortlist. He, like the Dortmund ace, is out of contract in summer 2024 and his future in north London is very much uncertain.

But can you imagine how Spurs fans would react if they saw their captain's agent brazenly on a whistle-stop tour of Europe conducting cosy transfer chats with clubs desperate to sign him?

FIRST PUBLISHED 5:00PM, APR 7 2021
The beauty of sport is that it's often unpredictable and sometimes the inexplicable happens