Channel 4 helping to shape a positive future for sport 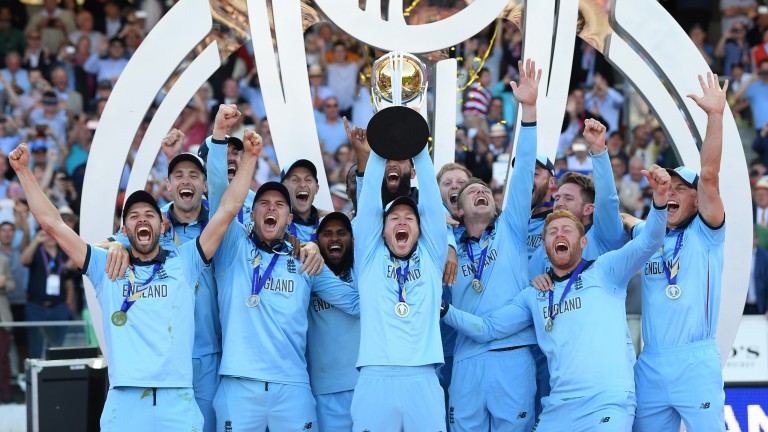 The growing talk surrounding the privatisation of Channel 4 might not be something the average sports fan has taken much notice of, but they certainly should be.

For those who don’t know, Channel 4 is a public-service network and the government has recently stated it is keen to sell the channel to a private company, as it feels the station is being "held back" – something that certainly divides opinion.

If, like me, you are of a certain age you will remember the days of Kabaddi and Trans World Sport being shown on the channel. It started to broadcast live horseracing in 1984 before bringing us  Football Italia, and who could forget the 2005 Ashes series? However, in the years after viewers would have struggled to see any sport on the channel, let alone top-level live coverage.

So why should sports fans care about the future of the channel?

Well, you only need to look at what has happened over the last three years to realise how important it is.

Rewind back to July 2019, when England’s cricketers reached the final of the Cricket World Cup and there was a clamour for the 50-over finale against New Zealand to be shown on terrestrial TV.

Up stepped Channel 4 to deliver after agreeing a deal with Sky Sports, and a peak audience of five million watched Eoin Morgan’s men win a dramatic final.

Then in February 2021 most UK cricket fans were left hanging on to see if they would be able to watch England’s Test series in India.

Channel 4 was able to secure a late deal to show all four Tests and once again bring top-level cricket to terrestrial TV – 5.8 million
viewers tuned in across the course of the first Test.

Fast forward seven months to September 2021 and another historical sporting event had fans reaching for their TV remote to type in 104.

Emma Raducanu’s incredible run to the US Open final was originally only available to watch on Amazon Prime, and as she was the talk of Britain and arguably the future of GB tennis, Channel 4 once again stepped up to the plate.

A peak 9.2m viewers watched the teenager beat Canada’s Leylah Fernandez to win the Grand Slam title, but what was perhaps more significant for sport itself was the fact that 48 per cent of viewers for the final were aged between 16 and 34.

Then earlier this year Channel 4 announced it had agreed a two-year partnership with Super League to show at least ten live top-flight rugby league games per season.

At a time when RL has been hit harder than most sports following the pandemic, this was not quite a kiss of life but a much-needed boost for the sport’s future.

Channel 4 has now recorded the biggest ever audience for a Betfred Super League match – 755,000 viewers – after making it free-to-air in the UK for the first time ever.

The Leeds-based broadcaster has since gone up another level with its sports offering, with the news that it will show 20 live England men’s football matches between 2022 and 2024.

The Three Lions will be on free-to-air coverage for six Nations League matches this year, as well as European Championship qualification games in 2023.

It’s also worth noting that the station brought a British and Irish Lions rugby union match to terrestrial TV for the first time in 33 years, while its impressive Paralympics coverage reached 20m people over the course of Tokyo 2020.

Head of Sport Pete Andrews told me: “The joy of sport is in sharing the experience and excitement with as many people as possible and our mission at Channel 4 is to do everything we can to bring top-quality sports coverage to everyone in the UK."

As a sports journalist, I love the in-depth analysis and insight you get from the coverage provided by Sky Sports and BT Sport, but the overall picture is not just about catering to current sports fanatics and a short-term outlook.

The impact of potential privatisation is hard to gauge, but the priority should be about getting more people, in particular young people, interested in as much sport as possible and what has always been the best way to do that? Showing more sport on free-to-air TV.

Haaland’s ability will be tested

On the face of it and in today’s market, a £51.2 million deal for Erling Haaland looks like a bargain and a great bit of business from Manchester City – even if it does cost them £400,000 a
week in wages.

There is no doubting the Norwegian’s goal record, pace, power and his brilliant knack of finding the back of net from all angles.

Does he have what it takes though to shine in Europe’s toughest league?

Whether or not you believe it’s the best in Europe, there is no doubt the Premier League is the most demanding physically and Haaland will have to deal with something he’s not been used to.

The 21-year-old will very rarely have faced teams putting everyone behind the ball, but that is something he will be faced with regularly as a City player.

That means he won’t get the space to run in behind defences – clearly his strength – and he will need to get more involved in the build-up play.

FIRST PUBLISHED 5:00PM, MAY 11 2022
The overall picture is not just about current sports fanatics and a short-term outlook