Andy Carroll and the death of the target man

Lessons must be learned in the EFL 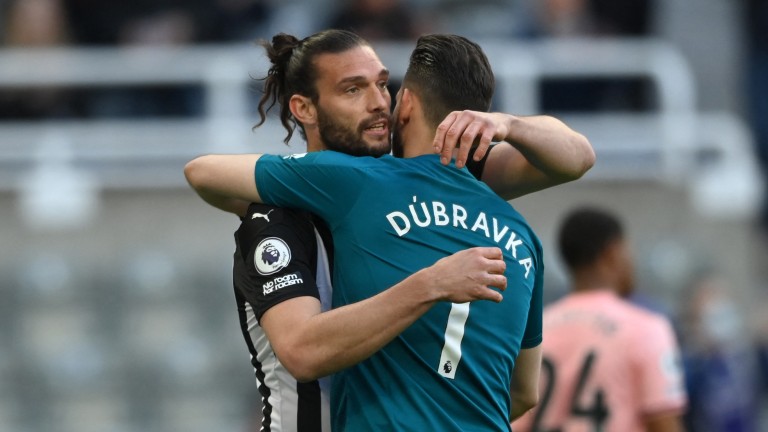 When Andy Carroll was released from his contract by Newcastle United at the end of last month, it marked exactly ten years and five months since he became the most expensive British player ever.

Though undoubtedly that £35 million price tag and injuries played a part in Carroll’s career trajectory, his failure to live up to that fee is also due to a wider change in the Premier League in the last ten years. The target man is on the verge of extinction.

In the season in which Liverpool shelled out that huge figure for Carroll, Premier League teams scored 216 headers. Last season that number had dropped to 177.

The tactical and analytical revolution that has taken place in Premier League football in the last ten years has placed a higher emphasis on working the ball into the box to create a high percentage-chance shooting opportunity.

The riskier options of shooting from distance or crossing the ball into the box for a header have become less popular, and are more likely to produce a turnover.

In his five years in charge of Manchester City, Pep Guardiola’s ideas have filtered out from the Etihad throughout the English football pyramid.

In the 2017-18 season 15 of the 20 Premier League teams averaged more than 100 long-ball attempts per game – by last season that number had fallen to ten. Tiki-taka possession-based football has become king.

The biggest victims of this change in approach have been target men such as Carroll. The move away from a traditional 4-4-2 formation to a 4-2-3-1 or 4-3-3 has meant teams require an all rounder as their frontman, someone who can press, work the channels and come deep for the ball.

Much has been made of the change in Harry Kane’s style of play over the last season or so, but he is merely fulfilling the task that many lone strikers are set by their managers nowadays in the Premier League.

This change in required skill-set is reflected in the new generation of English strikers. In the last decade or so, the national team has seen Peter Crouch, Rickie Lambert and Carroll lead the line.

Now, when the under-21 squad was announced for the European Championships this year, the three recognised strikers – Eddie Nketiah, Rhian Brewster and Mason Greenwood – are all less than six feet tall. Of the trio’s 58 senior goals at club level, only four have been headers.

At times last season, Carroll at Newcastle resembled a veteran musician trying to bash out the old hits while everyone around him is playing a different genre altogether. In his 41 appearances in his second stint for his hometown club, he scored just a single goal.

The 32-year-old cut a frustrated figure in his cameo appearances. He gave away the fifth-highest number of fouls of any player to play more than 200 minutes in the league last season. His trademark physical battle with a centre-half more often than not ended in an opposition free kick.

The former England man can play only one style of football and it is becoming increasingly obsolete.

Carroll is currently without a club and we may well have seen the last of him in the Premier League, but what about target men in general? In ten years time will they be even closer to extinction? Or will the Moneyball-minded teams such as Brentford or Barnsley recognise that there is more than one way to skin a cat and revitalise the big man?

EFL still has its head in the sand

If the definition of insanity is doing the same thing over and over again and expecting a different result then nobody told the EFL. Swindon Town are the latest Football League side on the brink due to reckless ownership waved through by the governing body supposed to protect them.

The managerless Robins took a squad containing just five contracted players to a pre-season friendly last week. Players found out they had been released via the club’s Twitter feed.

A takeover to remove control from owner Lee Power was completed yesterday but the former Premier League side will still begin their League Two campaign at a huge disadvantage.

Although Clem Morfuni has managed to take over the club, the EFL has said it may punish the team for their previous owners' actions. If they are hit with a points deduction, it is feasible the side may drop out of the Football League for the first time in more than 100 years.

After the cases of Swindon, Bury, Wigan and countless others, lessons must be learned to prevent predatory and reckless owners from risking the livelihoods of staff and the future of clubs vital to their local community.