The set-piece revolution should be the new goal

Football could learn from the NFL 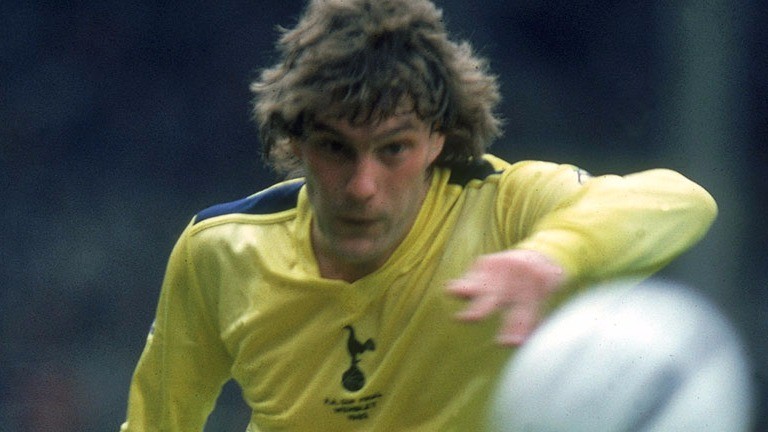 If you watch Sunday’s Super Bowl you will see two of the most sensationally imaginative attacking units in the whole of sport doing their thing as New England and Atlanta do battle in Houston.

Every play in every NFL match is a potential work of art. Some are thwarted by alert defenders but others come to fruition and provide a thrilling spectacle.

As the quarterback takes the ball he has a variety of carefully planned options, each designed to enable his team to advance the ball downfield.

The players must learn scores of elaborate play calls, remember the QB’s vocal triggers that start the attack in motion and either be in a certain square foot of the field a certain number of seconds after the ball is snapped, run a particular route that should have been cleared for him by his offensive line or make a carefully designed block.

The preparation that goes into these plays is rehearsed with painstaking care. It is what makes American football such a stunningly clever and appealing mix of strength, cunning, strategy and skill.

In what I like to call the semi-finals, in a bid to annoy gridiron aficionados, as Atlanta and Green Bay were taking it in turns to score, it occurred to me there must be scope for football teams to deploy the same kind of elaborate planning when it comes to set-pieces.

As things stand, any free kick that is taken from a position that offers a decent chance of a strike on goal results in just that – a strike on goal. From a slightly wider angle a chip into the general area of the penalty spot is the likeliest outcome in the hope a lumbering centre-back will nut it past the goalie.

It’s all painfully one-dimensional and unimaginative and yet there is no reason why football teams should not try to unlock a defence in a more sophisticated way.

After all, it is the same as American football. The ball starts in a particular place, there are 11 versus 11 and the aim is to get the ball to a different place, ie. inside the opponents’ goal.

When I was 12 I thought the set-piece revolution had begun. In a League Cup match against Manchester United, Tottenham produced a set-piece that blew my mind.

The ball was around 35 yards from the United goal, centrally situated. Terry Yorath stabbed it to Glenn Hoddle, who had retreated from inside the penalty area to receive it.

Hoddle then turned the ball square to Ossie Ardiles, who flicked it up back into Hoddle’s path and he volleyed it into the net for one of the finest goals ever scored in England.

If that account of it is hard to visualise, google ‘Hoddle whole skill’, click on the video and scroll along to 6min 16sec.

That should have started a new era of intelligent set plays, with teams finding ever more crafty ways to breach a defence, but for some reason it never happened, and instead the success rate from free kicks remains feebly low as players rely on traditional shot or cross options.

Quarterbacks soon realised they couldn’t just lob the ball downfield in the hope a teammate would grab it, and they must wonder why footballers are so reluctant to use some ingenuity to create goals.

Referees’ timekeeping is becoming a lottery

Further to last week’s piece on timewasting in football (he said in the vain hope anyone actually remembers this stuff for more than ten minutes), the issue of erratic timekeeping returned to the fore at the weekend when two FA Cup ties ended surprisingly quickly.

On Saturday evening, with Arsenal 5-0 up on Southampton, the fourth official held his board aloft and indicated there would be two minutes of added time.

It is unusual these days for the allocation to be anything below three minutes and the figure caught my eye because there had been two goals and four substitutions in the second half.

The following day, as Manchester United were cruising to a 4-0 triumph over Wigan, the arbiter blew his whistle for the final time with only a few seconds added to the 90 minutes.

There were literally zero minutes of stoppage time even though, since the interval, there had been three goals and six player replacements.

The vast majority of viewers and fans would not have given it a second thought, but it is unsatisfactory and frankly amateurish that the amount of time by which the referee extends a game of football depends on the state of play at the point when he has to decide upon the number.

Screen dispute means racegoers are on a loser

The war between racing (or, more accurately, racecourses) and bookmakers, once so one-sided in the betting companies’ favour, has changed in recent years and the courses, who hold the rights to the pictures, are in control.

This is broadly good news for those who want the sport to thrive but the big cheeses who make the key decisions would do well to avoid racing’s customers getting caught in the crossfire.

Take the current big-ticket dispute – the stand-off between Arc and three leading bookmakers over the layers’ refusal to sign up to the Racing Partnership pictures package that includes coverage of six British courses.

Coral and Ladbrokes have not only joined Betfred in saying they don’t want the pictures, they have also been providing off-tube commentaries for their shop customers, which has led to Arc responding by chucking Ladbrokes out of the on-course betting shops at the tracks in question as well as denying them the right to offer a bet-to-view facility on their digital products from all courses that are covered by At The Races.

The streaming ban is a punchy move that is likely to harm Coral and Ladbrokes more than their customers, who have the option, should they so desire, to place their mobile bets with firms that will offer them the opportunity to watch live footage.

But closing the on-course betting shops is a daft ploy that will affect Arc’s own customers far more than it will Ladbrokes.

On big days it is certainly worth being the bookie who takes the bets in these shops, but at the kind of quiet midweek meetings that the six Arc courses in question generally stage it is not believed to be particularly lucrative business. It is, however, a facility many racegoers find useful and desirable.

Personally speaking if I want to go to a betting shop I will go to one near my house or office rather than schlepp to a racecourse, but I am well aware that many people like to go to the course to play the machines, place their small-stake wagers and multiple bets, and punt on the dogs and the away meetings.

Just as I wonder why people travel hundreds of miles to Gloucestershire just to sit in Cheltenham’s Centaur building rather than go outside and watch the action in such a beautiful location, if that’s what they want to do, let them do it.

But Arc are not letting their customers enjoy the betting shop experience and that strikes me as an unwise move, however justified they may feel their war with Coral and Ladbrokes is.

There is much to admire about how racing has fought hard and skilfully to regain the advantage in the decades-old funding war, but it must choose its targets and actions carefully, and giving midweek racegoers an inferior service is not a very bright thing to do.

Lineker was not up for the Cup

One of this week’s hot talking points has been the rights and wrongs of managers fielding weakened teams in FA Cup ties.

I wonder if I was alone in noticing the irony of Gabby Logan commenting on that very point as she stood in for Gary Lineker on Match Of The Day last weekend.