The outlook is stark for Brann’s opponents 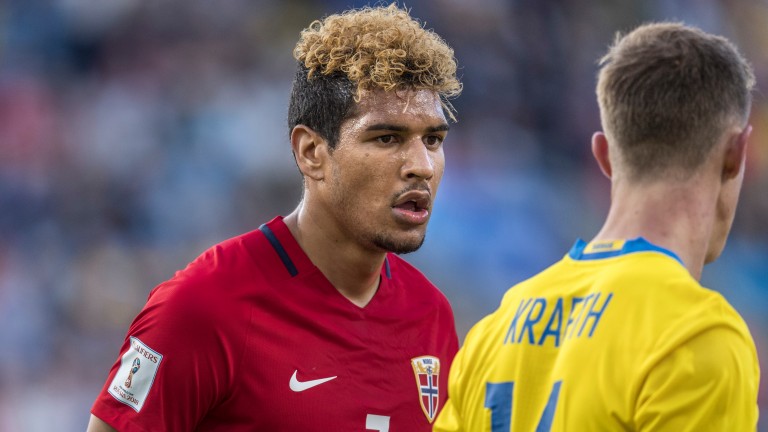 Norwegian Eliteserien
6pm Monday
All eyes will be on highly-rated Stabaek striker Ohi Omoijuanfo but he is set to be upstaged by free-scoring Brann in Bergen.

Omoijuanfo has been turning heads in the Eliteserien, in which he is the leading scorer with nine goals after 12 rounds.

His performances earned him a summons from Norway boss Lars Lagerback and the 23-year-old was duly rewarded with his first cap as a substitute in the 1-1 home draw against Sweden on Tuesday.

At club level, however, he’s playing for a Stabaek side who are struggling with just one win in their last seven league games.

A major rebuild over the winter following last season’s dice with relegation – they survived via a playoff – has seen a young side trying to develop with several additions, among them ex-Charlton midfielder El-Hadji Ba and Alex Nimely, once of Manchester City.

The mix isn’t quite working and Brann, especially as they are at home, have to fancy their chances strongly.

Lars Arne Nilsen’s men are third in the division with just two defeats in 12 matches, one of which was at the hands of leaders Rosenborg.

Runners-up last year and with a Europa League campaign to look forward to, Brann are going well, especially on home soil where they have lost only one of their last 22 fixtures.

They are also Norway’s top scorers and like to attack.

The price about a Brann win is understandably short so it may be worth taking the hosts in a game featuring over 2.5 goals.