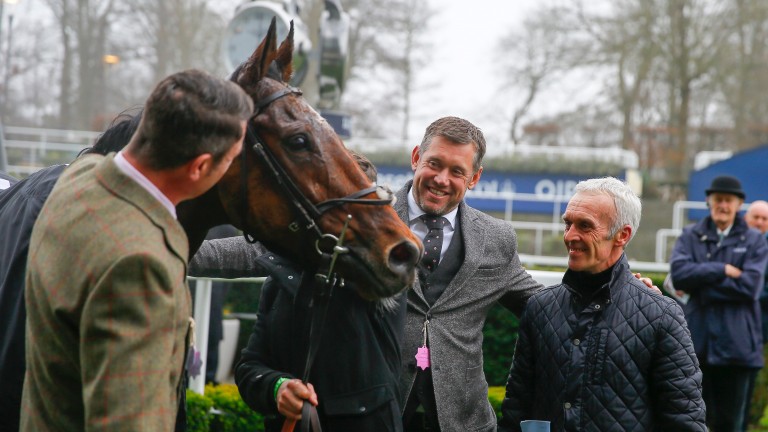 Masters champion Dustin Johnson starts his title defence in the company of Lee Westwood at Augusta National in sunny Georgia - and the out-of-form American could be upstaged by the wily English veteran.

Johnson has lost his way in recent weeks, struggling for his usual standard of driving and putting, and it is difficult to imagine the Carolinian giant dominating the Masters like he did in November.

The softer conditions of that one-off autumn edition suited Johnson - he relished the sponge-like greens and was able to be super-aggressive - but a firm and fast Augusta has greeted the 88-man field this time and DJ may prove a vulnerable Green Jacket favourite.

Defending champions do not have a great record in the Masters - Tiger Woods in 2002 is the last to retain the title - and Johnson's last 12 competitive rounds suggest his reign as the King of the Augusta will be a short one. A final-round 72 blew his victory hopes in the Genesis Invitational at the end of February, then he was 54th of 72 runners in the WGC-Workday Championship and 48th in the Players Championship, before a group-stage elimination from the WGC-Dell Technologies Match Play.

That Match Play closed with a humbling at the hands of Kevin Na, so Johnson has certainly lost the swagger he had after winning the Saudi International at the start of February. He entered the Texas Open after his early Match Play exit, then withdrew three days later, opting for time on the driving range instead, so there appears to be plenty of concern and indecision in the Johnson camp.

This week's assignment may be more inviting for Westwood, who has arrived full of self-belief after a hugely profitable March. The 47-year-old, Masters runner-up in 2010 and 2016, finished runner-up in both the Arnold Palmer Invitational and the Players Championship last month. It took two great performances from top-class Americans - first Bryson DeChambeau, then Justin Thomas - to defeat Westwood at Bay Hill and Sawgrass.

A trip to Augusta followed for Westwood - 36 holes in the company of his son and Shane Lowry as an early Masters reconnaissance mission - and exhaustion hit in the Honda Classic as he missed the cut in that same week. A bright Match Play showed Westwood's game is still there though - he thrashed Tyrrell Hatton and Matt Wallace, and Sergio Garcia needed a hole-in-one to eliminate him in their group playoff - and the Worksop Wonder looks the value option for the 3.30pm (UK and Ireland time) contest.

Tyler Strafaci, the amateur debutant who is the third member of this group, could freeze badly in the company of two legends of the sport.

Watson, a two-time Masters champ who finished fifth in 2018, is the 5-2 outsider against Brooks Koepka and Viktor Hovland (3.06pm), but with Koepka having had knee surgery last month and Hovland making only his second Augusta start, big Bubba is a serious runner.

Watson went undefeated against Patrick Reed, Joaquin Niemann and Christiaan Bezuidenhout in his Match Play group last time out, beaten only by a magnificent Brian Harman performance in the knockout stage.

Rose has been nursing a bad back, but a late tee-time (5.48pm UK time) will help him get fully warmed up at Augusta, where he has had plenty of practice rounds over the last week or so. The two-time Masters runner-up can edge Shane Lowry and Matt Kuchar.