Classy Patrick Cantlay must be respected

Steve Palmer's lowdown on every player in the Augusta National field 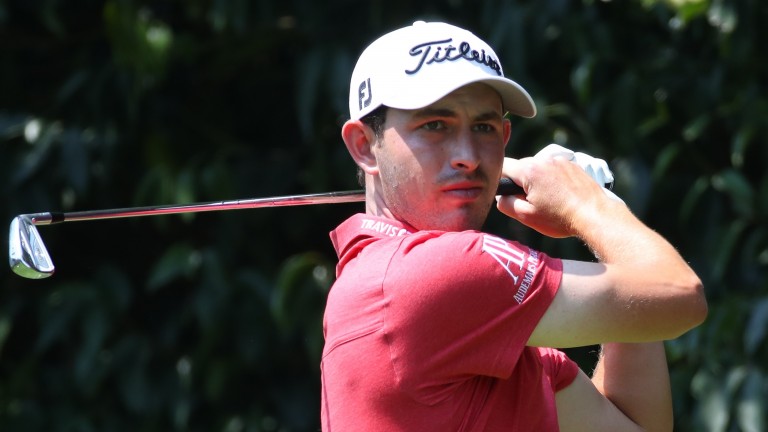 Kiradech Aphibarnrat The 28-year-old Thai tied for 15th place in his only previous Masters appearance. He has won four low-grade European Tour titles, but is probably not Major-winning class.

Daniel Berger The cocksure Floridian youngster, who represented his country for the first time in the Presidents Cup last year, has Masters form figures of 10-27. Having a solid but unspectacular 2018 campaign.

Wesley Bryan The 28-year-old Carolinian is making his Masters debut courtesy of a maiden US Tour victory in the Heritage almost 12 months ago. His form has dipped sharply since and all his three Major appearances resulted in missed cuts.

Angel Cabrera The Argentinian veteran was the 2009 Masters champion, the second of his two Major victories. He missed the cut last year and struggles to make one anywhere these days.

Rafael Cabrera-Bello The sweet-swinging Spaniard is a three-time European Tour champion who made the last Ryder Cup team, but the jury remains out regarding his temperament under extreme pressure. Masters form of 17-MC is underwhelming.

Patrick Cantlay The former world number one amateur has started making a serious impression in the professional game, winning his maiden US Tour title in November. He tied for 47th and was the low amateur in his only Masters in 2012. He has made the cut in each of his four Majors and is a class act worthy of serious consideration.

Paul Casey The Surrey slugger landed his second US Tour victory, almost nine years after his first, in the Valspar Championship last month. Masters results of 6-4-6 in the last three years allied to his excellent current form have made him a popular choice, but it is difficult to imagine his often shaky temperament and putting stroke holding strong in a tight Augusta finish.

Kevin Chappell The 31-year-old Californian has started the season well and is looking to build on Augusta form figures of 44-7. The 2017 Texas Open champion is good enough to enter the each-way equation at a fancy price if fully fit. Withdrew during the WGC-Dell Technologies Match Play last time out with a bad back.

Austin Cook The precise US Tour rookie got off the mark with an emphatic RSM Classic triumph in November, but is unlikely to be a factor on his Major debut.

Fred Couples Old Boom Boom is an Augusta legend who made his first appearance in 1983. The 1992 champ has posted 11 top-ten finishes, but is nearing 60 and increasingly irrelevant.

Jason Day The former world number one got back to winning ways in the Farmers Insurance Open in January, but lacks his old consistency. The six times he has turned up healthy for the Masters have yielded excellent results (2-3-20-28-10-22), but the Aussie is difficult to fancy this time given how wayward he has become from tee to green.

Bryson DeChambeau The 24-year-old was a superstar amateur in 2015 and his maiden US Tour victory came in the John Deere Classic last summer. He was the low amateur in the 2016 Masters (tied for 21st) and is making his first start there as a pro this week. The quirky Californian was runner-up at Bay Hill last time out and should not be dismissed.

Jason Dufner The 2013 USPGA champion has won five times on the US Tour thanks to extreme accuracy, but Augusta does not suit him, as shown by form figures of 30-24-20-MC-49-MC-33.

Harry Ellis The 22-year-old from Southampton won the English Amateur championship at 16 before starring at Florida State University and winning the 2017 Amateur Championship. The rising star, still an amateur, is making his Masters debut.

Tony Finau The 28-year-old powerhouse has won only once on the US Tour (2016 Puerto Rico Open) due to a short-game weakness. Probably lacks the finesse to be a factor on his Masters debut.

Ross Fisher The Ascot man has a natural draw, which suits most holes at Augusta, but he has failed to contend in five visits (30-MC-15-47-41) and has been short of sparkle lately.

Matthew Fitzpatrick The Sheffield youngster is making his fourth Masters start (MC-7-32). He played superbly from September to January, but has been unimpressive since Abu Dhabi, so may be lacking confidence.

Tommy Fleetwood The Race to Dubai champion has grown comfortable in elite events. He missed the cut on his Masters debut last year, but has won twice since and finished fourth in the US Open. Should play four days without being a serious title contender.

Rickie Fowler The Californian showman won the Hero World Challenge with a spectacular final-round 61 in December, but has failed to build on that and is struggling for consistency. Has notched only one top-ten finish in seven Masters starts. A pair of weekend 73s in Houston probably eroded his confidence further.

Dylan Frittelli The South African is making his Masters debut at 27. Has won two low-grade European Tour events, but is yet to triumph in elite company. This is a steep learning curve.

Sergio Garcia The defending champion has just become a father and is full of positive vibes. Has played only six times this year but is swinging surprisingly well. Could easily threaten a repeat.

Doug Ghim The US Amateur runner-up makes his Augusta bow. Has been playing well for the University of Texas.

Branden Grace The South African carded the lowest round in Major history (62) at the Open last year and has posted five top-sixes in his last 11 Majors. His Masters record is poor (18-MC-MC-MC-27) and his low ball-flight is unhelpful at Augusta.

Adam Hadwin The 30-year-old Canadian made his US Tour breakthrough last year and played for the Internationals in the Presidents Cup. Six Major starts have amounted to nothing and he tied for 36th in his only Masters, but he possesses excellent short-game skills and is playing well.

Brian Harman The little left-hander has won twice on the US Tour at the age of 31. The Georgia native will not want for support, but missed the cut in his only Masters in 2015. Should be around for the weekend this time, given he has recorded seven top-ten finishes in 11 US Tour starts this season. He tied for second in the US Open last year.

Tyrrell Hatton The easily-agitated Buckinghamshire star missed the cut in every Major last year and has made the cut in only three of his 11 Majors. Has won three times on the European Tour, but never in the States.

Russell Henley The Georgia-born 28-year-old tied for 11th at Augusta last year, his best finish in a Major. Has won three times on the US Tour and is a fantastic putter. Warmed up nicely with eighth place in Houston last week.

Charley Hoffman The Californian finished in the top three five times last year but failed to win, and has made a slow start to this term while suffering with a back problem. His Masters efforts have been solid (27-9-29-22) but he seems an unlikely challenger.

Billy Horschel The 2014 FedEx Cup champion won the Byron Nelson last year, but has missed ten cuts since and is easy to ignore. Has Masters form of 37-MC-17.

Yuta Ikeda The 32-year-old Japanese has won 19 times on his home circuit without making an impression overseas. Missed the cut in every Major last year.

Trevor Immelman The 2008 champion is essentially washed up at the age of 38. Has won once since his Masters triumph – on the Web.com Tour in 2013 – but typically misses the cut wherever he plays these days. Has missed four Masters cuts in a row.

Dustin Johnson The world number one was 7-1 favourite in Masters week last year before falling down the stairs at his rented home and suffering an injury which forced him to withdraw. He opened this year with an eight-shot triumph in Hawaii, but has failed to find top form since and is not quite firing at the same level he was 12 months ago. The 2016 US Open champ has finished sixth and fourth in his last two Masters starts.

Zach Johnson The 2015 Open champion is winless since and not as sharp on the greens at the age of 42. He won the 2007 Masters in brutal conditions with a one-over-par 72-hole total, but has missed five cuts there since. Others are much preferred.

Martin Kaymer The former world number one spent a month on the sidelines with a wrist injury, returning last week in Houston, where he missed the cut by six shots. The German has a terrible Masters record and is full of rust.

Si Woo Kim The 22-year-old Korean has won twice on the US Tour, including the 2017 Players Championship, but has struggled for fitness and form since his Sawgrass success. Missed the cut in his only Masters.

Kevin Kisner The Carolinian stepped up his 2018 campaign by reaching the final of the WGC-Dell Technologies Match Play last time out, before being thrashed by Bubba Watson. The former University of Georgia man is not ideally suited to Augusta as results of 37-43 highlight.

Patton Kizzire The two-time US Tour champion is based in Georgia and thrilled to be making a Masters debut at the age of 32. Will probably take time to settle.

Satoshi Kodaira The 28-year-old Japanese has won six times on his home circuit, but is yet to make a mark overseas. His Masters debut could be a short one.

Matt Kuchar The consistent, Georgia-based plodder was Open runner-up last year, one of ten top-ten finishes he has posted since 2010. A tie for third in 2012 is his best Masters effort. Turns 40 in June and has done nothing this year to suggest a Major breakthrough is imminent.

Bernhard Langer The evergreen German, Masters champion in 1985 and 1993, finished eighth in the 2014 edition, but surely he is safe to rule out at the age of 60.

Marc Leishman The 34-year-old Aussie has a top-20 finish to his name in every Major and he was fourth in the 2013 Masters. The three-time US Tour champ could run into a place.

Haotong Li The Chinese youngster defeated Rory McIlroy in a duel for the Dubai Desert Classic title in January, then started tinkering with his equipment and has been rubbish since. Seems likely to miss the cut on his Masters debut.

Yuxin Lin The 17-year-old Chinese youngster won the Asia-Pacific Amateur in October to book a Masters debut. It would be a surprise should he survive the halfway cut.