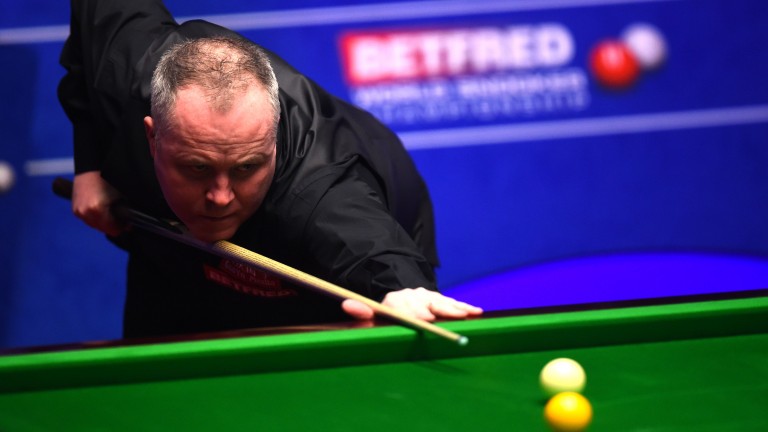 Tuesday's free snooker tips and match predictions for The Masters at Alexandra Palace in London.

John Higgins is one of the greatest players to have ever graced the green baize and even at the age of 44 has shown at times this season that he remains one of the top current players.

He is yet to register a win in the eight tournaments appearances, but has twice bumped into an in-form Judd Trump at the semi-final stage and he still has what it takes to land these huge events.

The four-time world champion has surprisingly only won the Masters twice - in 1999 and 2006 - and this is a tournament he has underachieved in, most notably in recent years.

In seven of the last 13 attempts he has been dumped out in the first round, a period of time that has only yielded three semi-finals for the Scot.

The draw, however, could not have been kinder to Higgins with opponent Barry Hawkins turning up in arguably the worst form of all 16 players entered despite having won the Paul Hunter Classic back in August and compiling at 147 during the Betway UK Championship two months ago.

It is difficult to make any case for Hawkins other than he has traditionally produced his better form in the second half of the season, but Higgins remains a classy operator with his heavy scoring and solid matchplay.

With or without the inclusion of Ronnie O'Sullivan, Judd Trump was always going to be a warm favourite to defend his Masters crown and can comfortably get the better of 2015 winner Shaun Murphy in his first-round match.

World champion Trump is one of the fastest starters on the circuit, boasting a tremendous strike-rate in opening frames and, with the short format that this tournament offers, he will be a tough man to beat.

Trump's win 12 months ago was a catalyst to a superb string of performances which culminated in a maiden world title success at the Crucible last April.

This season, Trump has continued to play well and has already landed three ranking titles from the 11 events he has entered.

He has progressed through the first round in all but one of those events, which is an impressive record for a player who, for the first time in his career carries the tag of world champion, and has been so active travelling the planet in the last four months.

Murphy started this season himself in sublime form, reaching the final of the first three events on the calendar, starting with the International Championship, where he was thumped by Trump 10-3.

He was then beaten by Ronnie O'Sullivan 11-9 in the final of the Shanghai Masters, before getting the better of Mark Williams in a decider to win the China Championship.

Since then however, he has really struggled and rightly comes into this as one of the biggest priced outsiders of the first-round matches.

Trump dominates the head-to-head 22-9 and he is expected to maintain his fine record with another comfortable victory.