The magic of the cup is still alive and kicking 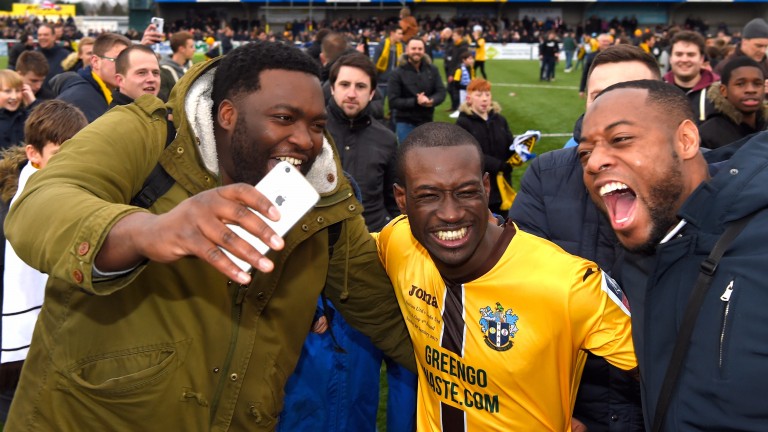 Some managers prefer to concentrate on the league and a lot of games will be easy wins for the favourites but the feelgood factor that comes with a great FA Cup story will always warm the hearts of football fans.

This weekend, Wolves won at Anfield and non-leaguers Lincoln and Sutton reached round five with brilliant wins over Sky Bet Championship opponents Brighton and Leeds.

Oxford eliminated Newcastle, Millwall did likewise to Watford and the gut-wrenching last-gasp loss for Wycombe at Tottenham will live long in the memory even if they didn’t get the fairytale finish their performance deserved.

A big club will probably lift the trophy in May but the fourth round will go down as one of the best weekends of this season’s calendar.

2 Wenger may well need to give pace a chance
Southampton’s weakened line-up gave Arsenal every encouragement to make it a St Mary’s stroll but Danny Welbeck proving his wellbeing with a double is a boost for the Gunners as they head into a critical period of the campaign.

Welbeck’s versatility should not be underestimated and, even if it is off the bench in more important games, he does provide Arsenal with a different attacking option.

Theo Walcott’s recent absence has barely been mentioned but his hat-trick took him to 14 goals in 21 appearances for Arsenal this term and alongside Welbeck there is renewed pace to a side that had looked ponderous.

3 Zola needs to nip Blues form in the bud
The decision to sack Gary Rowett and replace him with Gianfranco Zola looked odd at the time and so it has proved with Birmingham winless in nine matches since making the senseless managerial change.

In time, Zola may get his ideas across but Saturday’s 2-0 defeat at Norwich highlighted several issues. Birmingham had more possession but hardly any penetration, while it is far from ideal to bring in new players in the January transfer window and try to change the style at the same time. Some of those involved are more suited to Rowett’s style of play and Blues could be a mess until a proper change in philosophy can take place this summer.

4 Barnsley dip is on the cards
Fair play to Barnsley for overcoming the loss of several key players last week to beat a weakened Rotherham but the 1-0 scoreline masked a performance that was definitely below-par.

The Tykes nicked a win at the rock-bottom outfit with one of their two shots on target and, while the coffers have been boosted by the sales of Conor Hourihane and James Bree to Aston Villa and striker Sam Winnall to Sheffield Wednesday, there could be some difficult fixtures ahead for boss Paul Heckingbottom unless money is reinvested.

5 Donny are on their way up
Sky Bet League Two leaders Doncaster have won seven of their last eight games and Saturday’s 3-0 romp at Yeovil was the fourth successive match where Darren Ferguson’s side have scored three goals.

Glovers gaffer Darren Way told the Somerset Live website afterwards: “Unfortunately we came up against a better team who have got a lot of quality.

“They’ve got three forwards who are going to score goals and they have spent large parts of their career scoring goals. Could we afford them? No, probably not.”

John Marquis scored twice at Huish Park in a game totally dominated by Donny, who forced nine shots on target to Yeovil’s none and it looks as if Rovers will soon be playing at a higher level.