The Gladiator can take out defending champion Waites 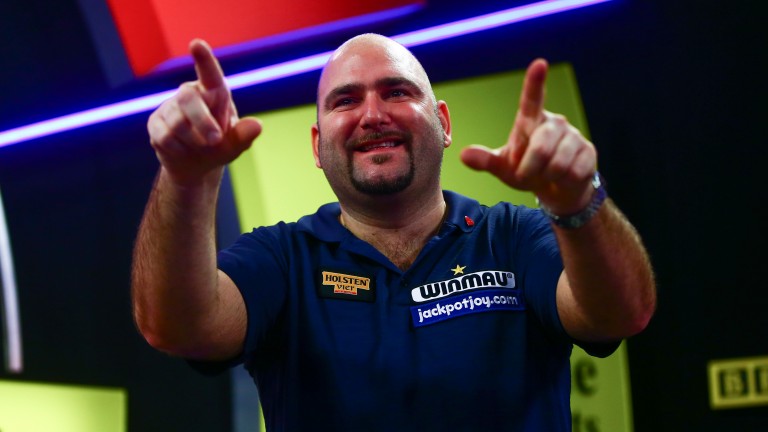 A month after Mark McGeeney beat Scott Waites at the Lakeside he can repeat the feat to send the defending champion tumbling out of the BDO World Championship.

McGeeney and Waites meet in round two just a few weeks after The Gladiator beat the twice world champ 3-2 on this stage at The Masters before going on to make the final.

The Coventry marksman, who also beat Waites to win the British Open in 2015, looked in rock-solid form coming from a set down to beat James Hurrell 3-1 in his opener with a 91 average. Waites beat Dennis Harbour 3-1 in his first round tie.

Krzysztof Ratajski sprang one of the shocks of the first round with a 3-0 whitewash of two-time semi-finalist Wesley Harms.

The Pole, who has represented his country before on the PDC stage in the World Cup, had already seen off Willem Mandigers so he'll fancy his chances of bringing down Darius Labanauskas, the number eight seed.

Labanauskas had one of those night against Conan Whitehead when every finish he looked at seemed to come off. Six of his ten winning legs were accomplished with finishes of 76 and above including a trio of ton-plus checkouts.

There aren't many in the BDO who can sustain that level of excellence on the outer ring and, while Whitehead was unable to put the Lithuanian ace under much pressure, Ratajski definitely can.

The one remaining second-round tie is an all-Dutch affair between third seed, the impressive Danny Noppert, and Richard Veenstra, who made the semis last year. Noppert is the 4-11 favourite.

De Vos, who was 6-5 to beat the 2015 champion, won eight out of the last nine legs and smashed in nine 180s to become the first player into the quarter-finals.