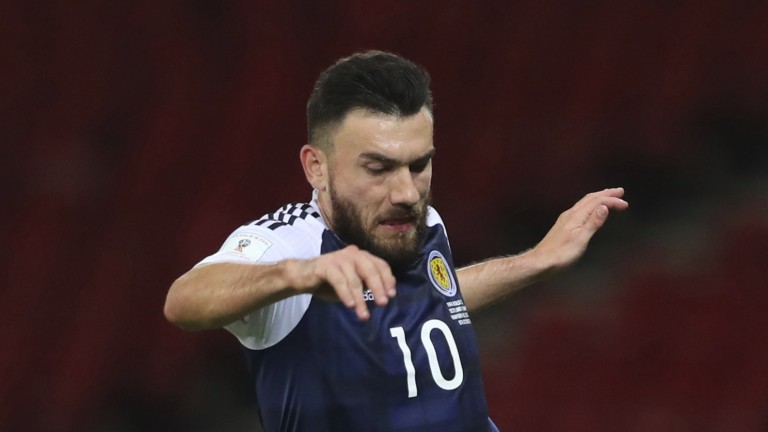 The start of the MLS season means it’s a thin-looking Canada squad heading for Easter Road to play as Scotland’s warm-up act.

The Canucks have left almost their entire first team back in North America so caretaker boss Mike Findlay, in charge despite the appointment last week of Octavio Zambrano as the country’s new first-team coach, is hardly spoilt for choice.

It’s no surprise then that Scotland, using the game as preparation for Sunday’s World Cup qualifier against Slovenia in Glasgow, are long odds-on for a friendly set to attract a record low crowd.

The Scots, even though they are on a disappointing run and handicapped by Gordon Strachan opting against using his Celtic stars, ought to win well enough.

The Canadians are out of the World Cup frame having failed to qualify for the final round of Concacaf qualifying – they were pipped by Honduras in the preliminary phase – and are short of numbers.

Burnley’s Scott Arfield looks the stand-out in a group which features a couple of Falkirk players, Simeon Jackson of Walsall and precious little experience.

There are usually goals in Canada internationals – their last ten games have featured at least two, and they have kept just one clean sheet in 11.

Backing Scotland to win to nil has to be worth considering though the hosts also have issues, especially at right-back and in midfield.

This could be a sub-standard affair, but if you fancy the Scots the 4-5 that they win with the game featuring at least two goals represents a better value than the odds about a Scotland victory.

Team news
Scotland
Stuart Armstrong and four other Celtic players will be rested. James Morrison is a doubt. Grant Hanley, James McArthur and Matt Phillips have withdrawn from a squad already wthout the crocked Callum Paterson.

Canada
Caretaker boss Mike Findlay leads a squad minus virtually all of their MLS players.

Key stat
There have been three goals or more in each of Canada’s last seven internationals.