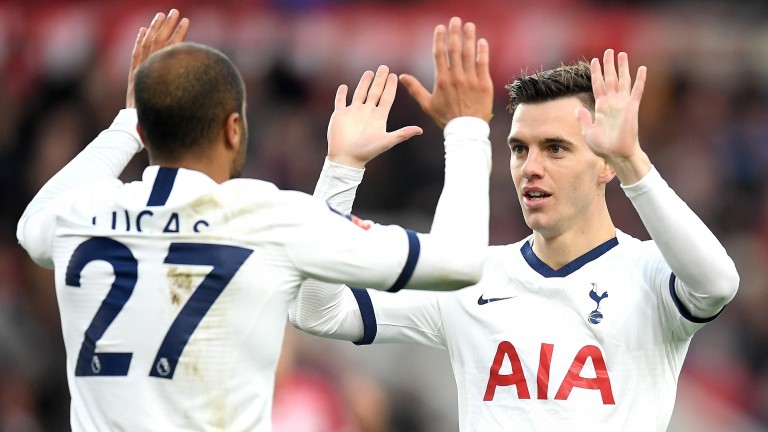 Beating Tottenham in last season's Champions League final seems to have given Liverpool that extra push that was otherwise missing from Jurgen Klopp's Anfield stint. After collecting that trophy, the Club World Cup followed and the Premier League title is almost in the bag too.

Unbeaten Liverpool have been extraordinary this season, winning 19 of their 20 Premier League matches, to go 13 points clear of the field with a game in hand.

Klopp's side are unbeaten in 37 league matches and kept seven clean sheets in the last eight domestic outings. The exception came when a side full of kids lost heavily to Aston Villa in the League Cup while their first team and senior back-up players were in Qatar.

Spurs have hit the skids since their final defeat to Liverpool in Madrid, replacing Mauricio Pochettino with Jose Mourinho, and a poor festive period saw Tottenham win only one match from five attempts.

Moussa Sissoko has been ruled out until April and joins a packed treatment room including Harry Kane, Hugo Lloris and Ben Davies. Danny Rose is unlikely to return and Tanguy Ndombele is also a major doubt for Mourinho's weakened squad.

James Milner and Naby Keita are set to miss out and Nathaniel Clyne is sidelined long-term. Fabinho and Xherdan Shaqiri are closing in on first-team returns along with Joel Matip and Dejan Lovren, but it remains to be seen whether any of them are fit to start at Spurs.

Manchester United are the only team to have stopped Liverpool from winning in this season's Premier League and they did so by playing a 3-5-2 formation, a shape Spurs could replicate given Mourinho has sometimes used a back three since arriving at the club.

Home forwards Lucas Moura and Heung-Min Son, much like Rashford and James, are happy in wide areas, so don't be surprised if Mourinho comes up with a plan which isn't massively different.

Even a full-strength Spurs would struggle to contain Liverpool - the Reds had 13 shots on target in the reverse 2-1 win at Anfield - but the absence of Lloris, Sissoko and Kane weakens Mourinho's side in several key positions.

Given the 28-point gulf and the fact that Bayern Munich and Chelsea have easily triumphed in north London, Liverpool fully deserve to be odds-on and should land the spoils in convincing fashion. Liverpool win 2-0.