In-depth analysis of Saturday's Premier League clash at the Emirates 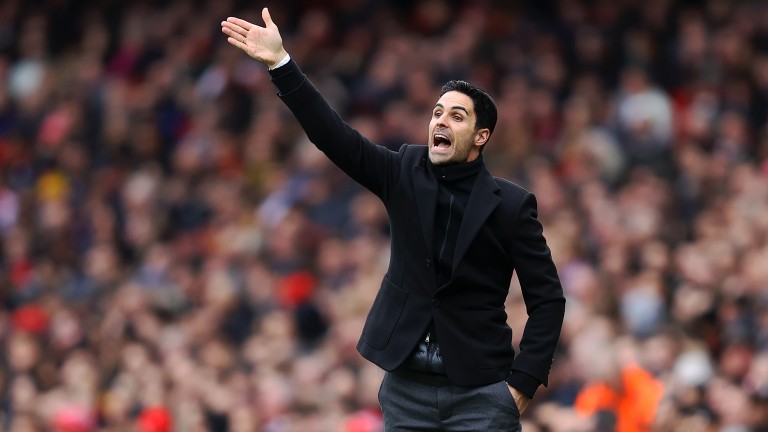 Manchester United had claimed 33 points from 13 Premier League games before Wednesday's shock 2-1 loss to Sheffield United, which dealt an unexpected blow to their title hopes.

It leaves them a point below leaders Manchester City, who have a game in hand, and United face a challenge from several clubs, including Arsenal, in the scrap for Champions League qualification.

The Gunners got off to a dreadful start to the season, registering four wins in 14 league games, and were 15th on Christmas Day – just four points above the relegation zone.

They responded with 16 points in their last six games – lifting them to ninth - and will fancy their chances of making further inroads on the teams above them.

Mikel Arteta's side have kept clean sheets in their last three home games and are looking to register a first league double over United since the 2006-07 season.

Arsenal
Martin Odegaard's arrival on loan from Real Madrid has increased the Gunners' attacking options. Pierre-Emerick Aubameyang has been given time off to deal with off-field matters and is a doubt while Kieren Tierney missed out at Southampton on Tuesday with a minor injury. Thomas Partey and Emile Smith-Rowe failed to finish the game against Saints and will be assessed.

Man Utd
Eric Bailly suffered a knock which forced him to miss out against Sheffield United and Marcos Rojo (calf), Brandon Williams (knock) and Phil Jones (knee) are expected to remain on the sidelines.

Ole Gunnar Solskjaer tried to be philosophical after the loss to Sheffield United by arguing that surprise results are more common in such an unusual season.

But there were reasons for the poor performance, including a lack of creativity and a painfully slow tempo.

Energetic midfielders Fred and Scott McTominay were left out of the starting line up and both have a strong case to be recalled as Solksjaer seeks to raise intensity levels.

There could also be changes in attack, where Edinson Cavani is likely to lead the line at the expense of Anthony Martial, who could be shifted wide or left out.

Arteta has less to ponder after his team's 3-1 win at Southampton and could have a stronger squad at his disposal if Aubameyang and Tierney are ready to return to the fray.

Confidence is growing in the Arsenal camp and the Gunners look overpriced to make it six league wins in seven.

There is a youthful exuberance about Arsenal with Emile Smith-Rowe and Bakary Saka delivering a string of good performances and Odegaard's arrival should add to the mix.

It seems likely that the Londoners will continue to improve but Solskjaer's problems may just have started with the loss to Sheffield United.

The Red Devils have won a lot of close games without playing particularly well and those tight margins may work against them at the Emirates.