"We owe it to the best players to protect them" 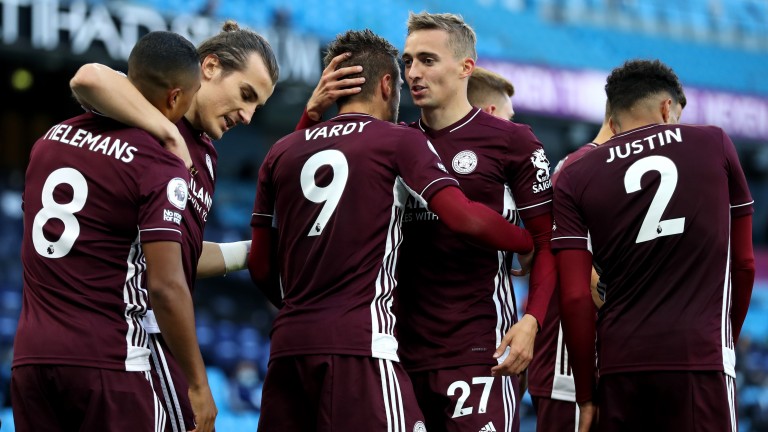 Leicester should fancy their chances at injury-hit Liverpool
Catherine Ivill
1 of 1
5:34PM, NOV 19 2020

There are clearly arguments for and against the use of five substitutes in the Premier League but we owe it to football and the best players to protect them, which means England's top flight should fall into line with most other leagues in Europe.

Up until now those who are against the idea in the Premier League could point to the Championship and say well they play even more matches. But now the EFL has given the green light to having two extra subs and ultimately we have to look after the players.

Of course, teams with bigger squads and those with more quality will be at an advantage, however, those who claim we don't need to move above three as managers sometimes fail to use up their full quota anyway are missing the point.

If you say Pep Guardiola doesn't need five subs because he used only one against Liverpool then what does it matter if you give him the option of five anyway? I doubt he would use all five and we are living in a strange world where increasing the options is sensible.

There was a condensed pre-season and the top clubs are playing matches like never before. The sports science people will be advising managers when to rest players but if you are in Europe the relentless double gameweeks will catch up with everyone.

The teams below that are not bothered by the Carabao Cup - half of the quarter-finalists are from the big six - and so the vast majority only have one game per week. That should be a level enough playing field without limiting opponents to just three replacement options.

Whatever happens, I can see where Gareth Southgate is coming from in terms of burnout issues ahead of the Euros next summer. That will be a survival of the fittest and the luckiest team with regards to injuries stands a great chance of going all the way.

You will still have to be a good tournament team - keep the ball and dictate to the opposition etc - but a lot of players will go into that tournament knackered.

Liverpool have been hit harder than most this season with injuries and Leicester look a lively bet to end the champions' perfect record at fortress Anfield.

Even without Mohamed Salah, the Reds will still be fantastic going forward and they will be able to put out a strong midfield, but a rested Jamie Vardy must be licking his lips at the prospect of tackling that home defence.

I can't see Jurgen Klopp changing the way his Liverpool team play so it will be all about them being on the front foot and that will play right into the hands of Leicester and Vardy.

There could be a few upsets in the Premier League this weekend. I don't fancy Everton at Fulham nor Arsenal at Leeds, and Manchester City could find things are very difficult for them at Tottenham.

You rarely say this about a Pep side, but City lack fluency. Quite a few of their players are below their best, Bernardo Silva has really gone off the boil and they don't appear to be opening up opponents quite so frequently.