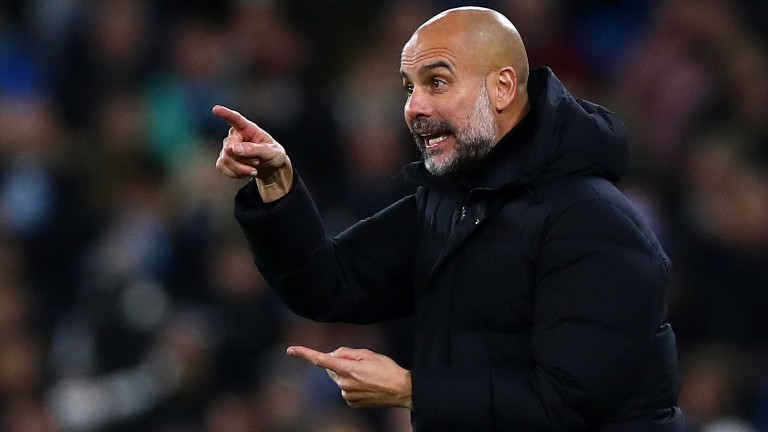 Pep Guardiola's Manchester City are looking to complete a Premier League double over Chelsea at the Etihad on Saturday
Chloe Knott - Danehouse
1 of 1
2:15PM, JAN 13 2022

Manchester City have the most Premier League points this season from games between teams currently in the top four. They will still have the most even if they lose on Saturday at home to Chelsea.

City have seven points from three of these games. They won away to Chelsea, drew away to Liverpool and won at home to West Ham.

For many fans and bettors, big games are the ones that decide the title. Are they really? How much impact do they have generally?

Games between top teams seem important – if you win your opponents lose, the proverbial six-pointer. And they do matter – but not as much as run-of-the-mill contests against middle and lower-table opponents. Every game matters. One type, though, is more prophetic than the other. And it is not the one that many people would have guessed.

There were a lot of differences. Only one team out of every seven were in the same position in both.

For each set of mini-tables there was a correlation with the set of full tables, but it was stronger for games the top four played against everyone else than for the games they played against each other.

A few figures will illustrate this point.

There is at least one good reason for this. There were fewer of them.

Games between leading teams are rare, which is why we look forward to them so much. If you finish in the top four you will play only six games against others who do. You will play 32 games against opponents who finish lower – more than five times as many. These games carry so much weight because there are so many of them. Doing well week-in, week-out in bread and butter fixtures is even more important than doing well once every few months in a glamour game.

Today Manchester City and Chelsea are first and second in the Premier League. If City win on Saturday the gap between them will be 13 points, if Chelsea win it will be seven points. Either way, we will not know for sure where they or anyone else is going to finish. Whatever happens, City, Chelsea and Liverpool probably will finish in the top four, West Ham probably will not. Probably, but not certainly. City v Chelsea seems more consequential than, say, City v Brighton. But there are a lot more games like City v Brighton than there are games like City v Chelsea.

There is a factor that has mattered more in big games than in others. It is where they are played.

I get the impression that many fans and bettors think the venue becomes less important when top teams face each other. Actually it has been more important.

I studied the ten Premier League seasons from 2009-10 to 2018-19. I stopped before the two completed since then because in those either some or nearly all games were played in empty stadiums. Without fans ground advantage is smaller.

An extreme example will illustrate why. Imagine a game at a neutral venue that one team have a 99 per cent chance of winning. Now imagine that the venue is changed and the much stronger team are playing at home. Ground advantage for them cannot increase their chance of winning by much – only by less than one percentage point. The greater the difference in ability between two teams the smaller the possible impact of ground advantage.