Underlying stats suggest Spurs and Arsenal are on the up 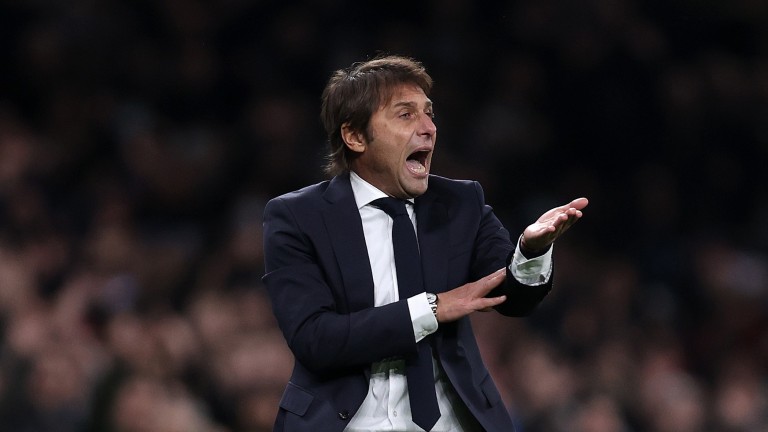 After losing 3-0 to Manchester United in Nuno Espirito Santo's final match as manager, Tottenham were 9-1 to finish in the top four of the Premier League.

Just eight games later, under new boss Antonio Conte, Spurs are in a three-way tie at 2-1 with United and Arsenal at the head of the market to claim a Champions League spot.

Picking stats with selected endpoints is a risky business, but let's sift through the data to make the case for each side.

After losing five of their first ten league games under Nuno, Conte's Spurs are unbeaten in eight, having picked up 18 points from a possible 24.

From an underlying-metrics perspective their expected-goals difference (xGdiff) per game has risen from -0.27 (12th best in their first ten games) to +1.41 (second behind only Manchester City in their last eight). 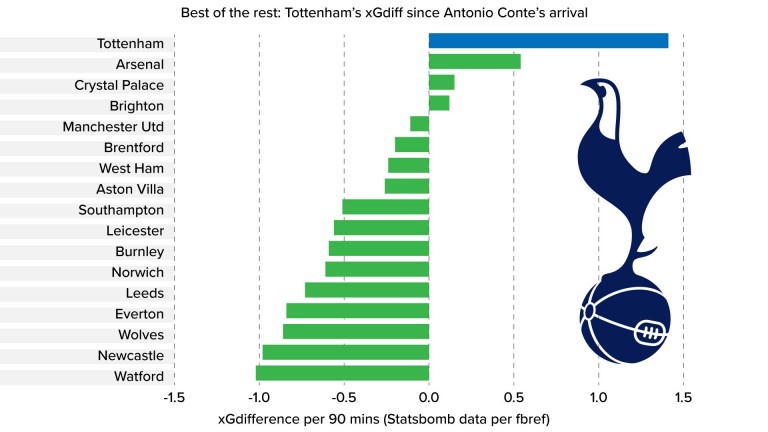 The biggest criticism under Nuno was a lack of attacking output and the upturn has been immediate. Under the Portuguese gaffer their best xG created in a single game was 1.7 while they have matched or exceeded that in seven of their eight games under Conte.

Their shots per game has risen from 10.3 (the joint-worst in the division) to 14.8 (fifth-best) and they are taking those shots from better positions with their percentage of shots from inside the penalty box rising from 57 per cent to 67 per cent.

An important caveat is that they have faced only one team currently in the top half since Conte's arrival and played against ten men for more than 50 minutes in two of those games (against Southampton 19 of their 20 shots from open play came after Mohammed Salisu's red card).

However, all you can do is create pressure when circumstances are in your favour, and Conte's Spurs appear an improved outfit in that respect.

Their schedule starts to even out with five of their next six games against top-half teams but they may benefit from better luck in front of goal for Harry Kane.

The England captain has scored just four league goals from an xG of 7.6 this season, but has outshot his xG by an average of 4.3 goals per season in the previous four campaigns so it is reasonable to expect some improvement.

Their opponents on Sunday, Arsenal, continue to puzzle. They rank seventh on xGdiff this season, but have been crushed particularly heavily in their games against the top three.

Their xGdiff per game against the top three is -2.75, the worst in the league, but they have been efficient at picking up points against everyone else, ranking best of the remaining 17 teams in their matches against each other, both in points per game (2.19) and xGdiff per game (+0.81). 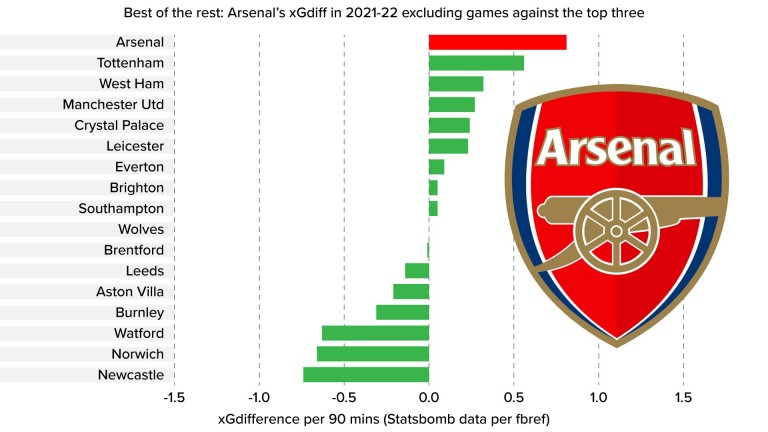 Ignoring the fixtures that most expose the Gunners' kryptonite is not ideal but there was evidence in their most recent game against Manchester City that Mikel Arteta's side are improving.

Prior to the November international break, three of Arsenal's six wins were by a one-goal margin and their xGdiff per 90 in games not against the top three was +0.4.

Since the international break, all five of their wins have been by two goals or more and their xGdiff in non-top three games has risen to an emphatic +1.27 in that period.

Pre-international break they were more reliant on the form of goalkeeper Aaron Ramsdale to help them pick up points in games that were closer but after that break their attack has got hot, creating chances worth 2.1 xG per game (up from 1.5 before the international break against non-top three teams). It's not a large sample size, but if they can keep it up then it will boost their top-four push.

Both north London clubs can point to recent improvements, but the biggest factor in their top-four odds shortening is the continued struggles of Manchester United, whose projected season points have dropped by nine points with spread-betting firms since the start of term.

The Old Trafford outfit had been comfortably the fourth-best team in the division over the past two seasons on underlying metrics, which helps explain why bookmakers kept them as clear favourites for a top-four spot for so long.

But the assumption that they would eventually pick up and play to their longer-term baseline and talent level may have been misguided.

Nineteen games in, United languish ninth in xGdiff this season. A turnaround may still be coming but it hasn't looked imminent so far under Ralf Rangnick, and that leaves the door to the top four wide open for the rest.