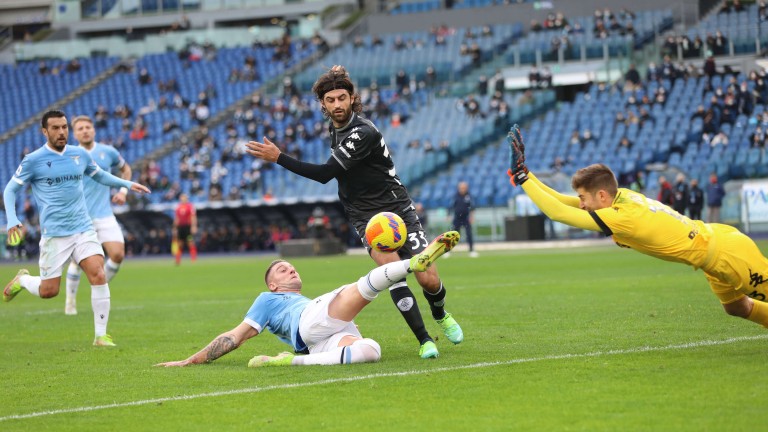 West Ham suffered a surprise 3-2 home defeat to Southampton in the Premier League on Boxing Day but they have responded impressively, beating Watford 4-1, Crystal Palace 3-2 and Norwich 2-0 in their three subsequent league fixtures.

Jarrod Bowen's brace gave them a comfortable win over the struggling Canaries on Wednesday and it could be a similar story for the Hammers on Sunday when they host Leeds, the team they beat 2-0 in the FA Cup third round last weekend.

The West Ham-West Ham double result has copped in all four of their post-Christmas wins and David Moyes's men have scored seven first-half goals in those fixtures.

They are worth backing to blast out of the traps against a Leeds side still missing a host of important players. Striker Patrick Bamford is a major injury doubt while fellow forwards Rodrigo and Joe Gelhardt are sidelined and Tyler Roberts is suspended.

England midfielder Kalvin Phillips is expected to be out of action until March and defender Diego Llorente is banned.

Leeds have lost all seven games against teams, like West Ham, in the top seven, by an aggregate score of 26-6, and they look set for a fifth straight defeat against the Hammers.

Middlesbrough are closing in on the Championship playoff places despite averaging just over a goal per game in the league but they should improve their scoring record against a Reading side thumped 7-0 by Fulham on Tuesday.

That rout followed the Royals' 2-1 defeat at non-league Kidderminster in the FA Cup third round last weekend and they may well struggle to stop the rot against a Boro side who have won five of their last six in the league.

Six of Middlesbrough's 11 league wins this term have been by a 2-0 margin, with two 1-0 and three 2-1 victories, but they beat in-form Mansfield 3-2 in the cup last weekend and could be set for an expansive success against Reading's leaky rearguard.

Boro boss Chris Wilder has bolstered his attacking options with Premier League loanees Aaron Connolly from Brighton) and Folarin Balogun from Arsenal, and the Royals have not kept a clean sheet in any of their last 13 league and cup matches.

Venezia's 3-0 home defeat to Milan on Sunday extended their winless run in Serie A to seven matches and they have conceded 18 goals during that lean spell.

The Venetians have faced four of the top five teams in Italy in those seven games and, on paper, they should be set for an easier assignment against Empoli on Sunday.

The visitors must pick themselves up after a 5-1 home defeat to Sassuolo, although three of their opponents' goals came after Mattia Viti's red card on the hour mark.

Five of Empoli's last seven league games have produced over 3.5 goals, including the last three: the loss to Sassuolo, a 3-3 draw at Lazio (who also missed a penalty) and a 4-2 home defeat to Milan.

Aurelio Andreazzoli's side have won five of their ten away games this term so should adopt a positive approach at Venezia, who have conceded two goals per game at home and look set for another high-scoring contest.

Banker
Mansfield
The Stags bounced back from a narrow FA Cup defeat to Championship side Middlesbrough by beating highflying Swindon in League Two and they can claim a seventh straight home league win against mid-table Walsall.

Blowout
AFC Wimbledon
Beaten by non-league Boreham Wood in the cup last weekend, Wimbledon were reduced to ten men in the 36th minute of Tuesday's League One loss to MK Dons and they are uneasy odds-on shots at home to Morecambe.