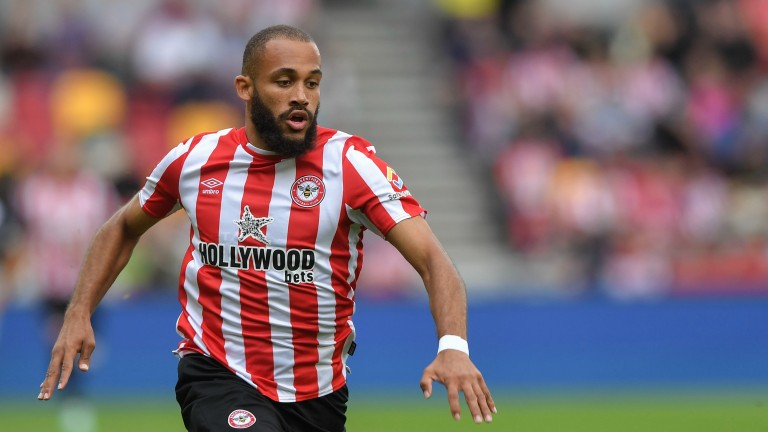 Brentford have taken just one point from their last five Premier League games but they have a good opportunity to boost their tally with a home win over a depleted and out-of-form Everton side.

The Toffees' absentees include injured forwards Dominic Calvert-Lewin and Demarai Gray as well as suspended Brazil international Richarlison so Brentford's Bryan Mbeumo is a tempting each-way bet to open the scoring.

The Frenchman has had little luck in front of goal this season, hitting the woodwork a remarkable seven times in 11 league starts and having a strike against Norwich ruled out for offside.

He scored in away victories over Wolves and West Ham, as well as the EFL Cup win against Forest Green, found the net 24 times in his last two seasons in the Championship, and should get chances against an Everton defence who have conceded ten goals in their last four games.

New Middlesbrough manager Chris Wilder has been frustrated by his side's inability to hold on to a lead in his first two games in charge and Boro are worth opposing on their Championship trip to Huddersfield.

After a 1-1 home draw with Millwall last weekend, Wilder's men lost 2-1 to Preston on Tuesday despite leading 1-0 with less than 15 minutes remaining.

That stretched their winless run in the league to five matches and they can expect a tough fixture at Huddersfield, who have won six of their last eight home matches and kept clean sheets in their last four outings at the John Smith's Stadium.

Carlos Corberan's side went down 1-0 at in-form QPR in an even contest on Wednesday, when both teams had five shots on target, but they beat promotion contenders West Brom 1-0 at home last weekend and look value for another victory on their own patch.

Alaves made a dreadful start to their La Liga campaign, losing seven of their first eight matches and scoring only two goals during that run.

One of those goals proved enough to secure a 1-0 victory over champions Atletico Madrid in September and Alaves have also drawn with Barcelona and highflying Sevilla during a five-match unbeaten run.

That sequence includes wins over three of the teams who start the weekend below them in the table – Cadiz, Elche and Levante – and they can see off another bottom-six side, Celta Vigo, on Saturday.

Alaves have scored only ten goals in 13 games this season but have conceded just three in five meetings with bottom-half opponents so they are worth backing with the draw no bet against Celta.

The visitors' only wins this term have been against Granada, Getafe and Levante, all of whom are in the bottom four, and they may come up short against their improving hosts this weekend.

Banker
Sutton
EFL newcomers Sutton have won nine of their 14 League Two matches since the start of September and should extend their impressive home record against Barrow, who have failed to score in their last three league games.

Blowout
Real Madrid
La Liga leaders Real Madrid have lost only once in 13 league games this season but so too have visitors Sevilla, who can frustrate a Real side whose last three home matches include goalless draws with Villarreal and Osasuna.