Hammers should be backed to extend excellent start 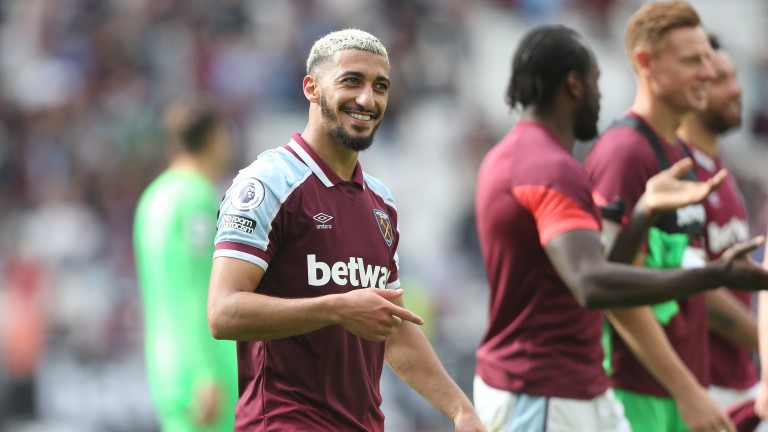 West Ham claimed a memorable 3-2 home victory over Liverpool just before the international break, extending their winning streak in the Premier League to four matches, and they can pick up where they left off when they travel to Wolves on Saturday.

The Hammers start the weekend in third place in the table, level on points with champions Manchester City and three behind Champions League winners Chelsea, and they sealed a place in the Europa League knockout stages with two group games to spare.

West Ham are franking the form of last season's impressive sixth-place finish and, with a deeper squad this time, David Moyes will be confident of avoiding a slump during the busy winter period.

They have won four of their first five away matches in the league, beating Newcastle 4-2, Leeds 2-1, Everton 1-0 and Aston Villa 4-1 on October 31, and should be backed to see off a Wolves side who have lost all three of their meetings with top-half teams to nil.

Bruno Lage's men are progressing nicely, with five wins in seven before a 2-0 loss at Crystal Palace last time out, but the in-form Hammers look stronger than the teams Wolves have been beating this term.

Sunderland and Ipswich started the League One season with dreams of automatic promotion but the pair have plenty of ground to make up on Plymouth and Wigan, the top two in the division.

Ipswich have picked up well after a dismal start and are the top goalscorers in the third tier, boosting their goal tally in recent away wins at Portsmouth (4-0) and Wycombe (4-1).

The Tractor Boys had a long away trip on Tuesday, winning 2-1 in an FA Cup replay at Oldham, but manager Paul Cook made seven changes to the team who drew 0-0 with Oxford last weekend so fatigue should not be an issue.

Ipswich's attacking verve makes them dangerous outsiders at the Stadium of Light where Sunderland, yet again, are feeling the heat in the League One promotion battle.

The Black Cats have lost four of their last six in the league, conceding four goals at Portsmouth, five at Rotherham, and going down 3-0 at Sheffield Wednesday last time out, so their defence is hard to trust against a lively Ipswich side on Saturday.

Seven of Valencia's last ten matches in La Liga have rewarded backers of over 3.5 goals and their last fixtures before the international break ended in a 3-3 draw at home to champions Atletico Madrid.

However, Los Che's run of high-scoring games may well come to an end at leaders Real Sociedad and under 2.5 goals is a tempting price.

La Real have scored only five goals in six home matches this season but such is their defensive strength that they have picked up 14 points from a possible 18.

All four of their home wins have been by a 1-0 margin while they played out a goalless draw with Sevilla and held Athletic Bilbao 1-1 in their other two matches on their own patch.

Since a 4-2 opening-weekend defeat at Barcelona, Real Sociedad have conceded just six times in 12 league outings. Valencia's first 13 games have produced 41 goals but their xG statistics suggest that figure should be closer to 30 so a low-scoring contest is expected in San Sebastian.

Banker
Swansea
The Swans have conceded just one goal in their last six Championship home games, winning the last four against Huddersfield, Cardiff, West Brom and Peterborough, and they can dent Blackpool's solid away record.

Blowout
West Brom
The Baggies have lost their last three away games and dropped points at home to Middlesbrough last time out while hosts Huddersfield are just one point off the playoff places after winning five of their last seven at home.