Financial powerhouses Newcastle struggling to reap dividends on the pitch 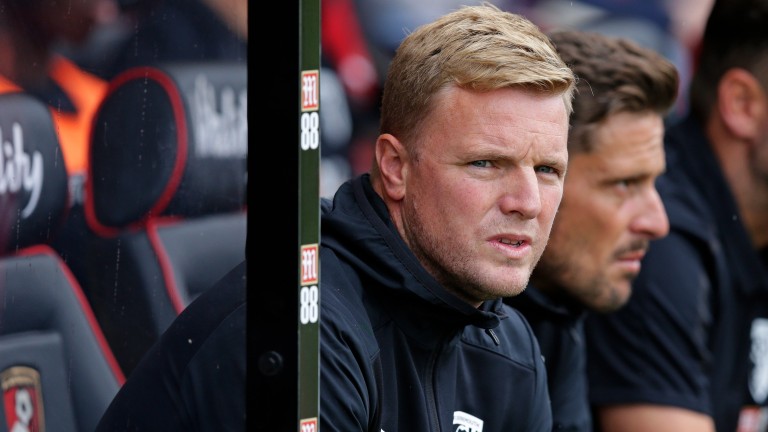 Newcastle supporters have been dreaming of Premier League titles and Champions League glory since the Saudi-backed takeover of the club was completed in October.

Last weekend's home defeat to 12-1 shots Cambridge United in the third round of the FA Cup provided a reality check for the Toon Army and the Magpies' first league fixture of the new year is a crucial clash with survival rivals Watford.

Rarely has a club waited so eagerly for a January transfer window to open as Newcastle this season and their first piece of business was to bring in experienced England right-back Kieran Trippier from Atletico Madrid.

Burnley striker Chris Wood became the second player through the door this week. The Kiwi will add some much needed firepower to the Magpies' forward line and is 9-4 to score ten or more goals this season with bet365 having notched three with Burnley already.

Newcastle triggered a release clause in Wood's contract to significantly weaken their relegation rivals. As a result Burnley have been cut to 1-2 from 8-13 for relegation but, for all Newcastle's spending power, their on-field returns have been meagre this season.

Halfway through their league campaign they have picked up just 11 points from 19 matches, taking only three from a possible 27 away from home, and they are 5-4 to be relegated and as big as 40-1 to finish in the top half.

A goal from Callum Wilson gave Eddie Howe his first, and to date only, win as Newcastle manager at home to fellow strugglers Burnley on December 4 but that result was followed by heavy defeats to Leicester (4-0), Liverpool (3-1) and Manchester City (4-0).

The Magpies ended 2021 with a promising performance against Manchester United, who were fortunate to escape with a 1-1 draw, but they were denied the chance to build on that effort when their fixtures against Everton and Southampton were postponed.

The point against the Red Devils came at a hefty price as Wilson, the Toon's top scorer in the league with six goals, suffered a calf injury that is likely to rule him out until mid-March.

Allan Saint-Maximin (four goals) is the only other Newcastle player to have scored more than once in the league, hence the desperate search for a striker in the January sales, and Howe will be desperate to bank three points against Watford on Saturday.

The relegation betting suggests only one of the current bottom four (Watford, Burnley, Newcastle and Norwich) will escape the drop and the Magpies are six points behind 16th-placed Leeds with both clubs having played 19 matches.

Newcastle are around evens to claim their second win of the season against a Watford side who have suffered ten defeats in their last 12 league matches and lost 4-1 to a second-string Leicester line-up in the FA Cup last weekend.

However, when the Hornets blow hot they are a force to be reckoned with and they have beaten Aston Villa 3-2, Norwich 3-1, Everton 5-2 and Manchester United 4-1 in the league this term.

Star attacker Emmanuel Dennis should be available after missing the third-round cup defeat and Watford's attacking threat is a concern for a Newcastle defence conceding 2.21 goals per game in 2021-22.

The Magpies start the weekend as fourth-favourites for relegation but a defeat to Watford would leave them five points behind the Hornets, having played a game more.

New signing Trippier has scored in a World Cup semi-final, played in Champions League and European Championship finals, and won La Liga in the past four years.

However, after making his Newcastle debut in the cup upset against Cambridge, the defender – along with any other January arrivals – can expect more grit than glamour between now and the end of the season.