Defensive woes a thing of the past for super Blues

How Chelsea manager Thomas Tuchel has improved his side’s rearguard 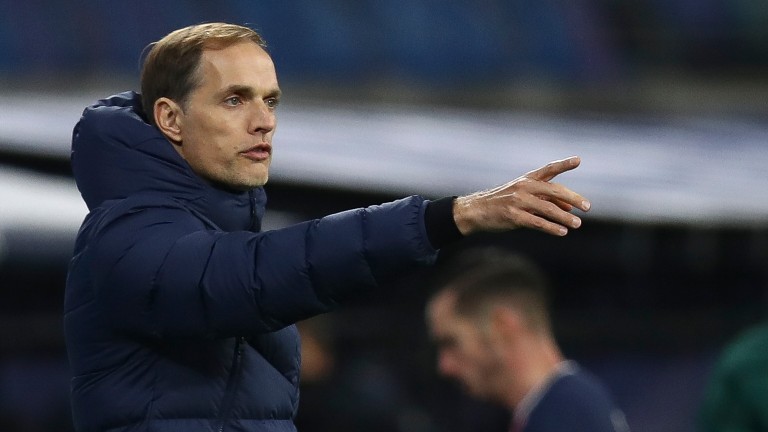 The most decorated manager in the history of the Premier League, Sir Alex Ferguson, once said "attack wins you games, defence wins you titles" and Thomas Tuchel, as evidenced by his Chelsea side, appears to have been listening.

Tuchel took over from Frank Lampard on January 26 this year, when the Blues were ninth in the Premier League. Since then, he has guided the team to a top-four finish, an FA Cup final and a second Champions League crown.

This season, Chelsea are in pursuit of their first Premier League title since 2016-17 and their defensive record is the driving force.

Conveniently for statistical purposes, Tuchel’s predecessor Lampard managed 19 games in the 2020-21 Premier League season, while Tuchel took charge for the other 19. 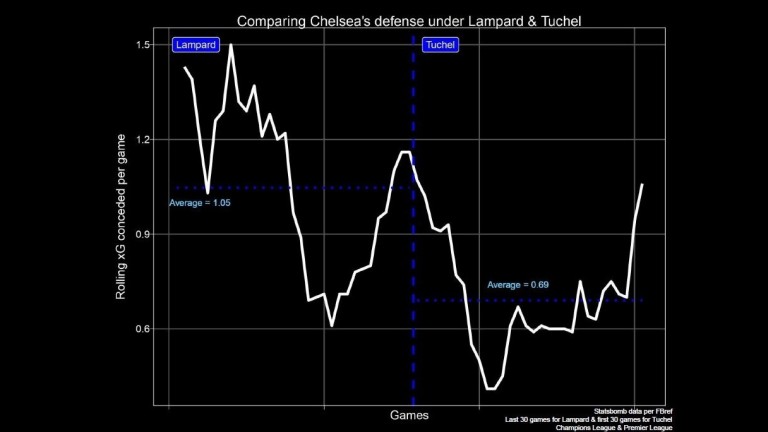 According to FBRef.com, Chelsea conceded an xG of 1.09 in the first half of the campaign and had a clean sheet rate of 37 per cent. In Tuchel’s 19 games in charge, their xG conceded fell to 0.65 and the clean sheet rate rose to 58 per cent.

Known for his tactical acumen, Tuchel moved away from Lampard’s 4-3-3 formation, instead employing wing-backs in a 3-4-3. By sacrificing a man in midfield, the 46-year-old has been able to shore up the backline and provide extra pace in the defensive three.

The heavy spending under Lampard had provided the raw materials to produce a good side, but Tuchel successfully sculpted them into a defensive unit that has conceded just 18 goals in his 36 games in charge. 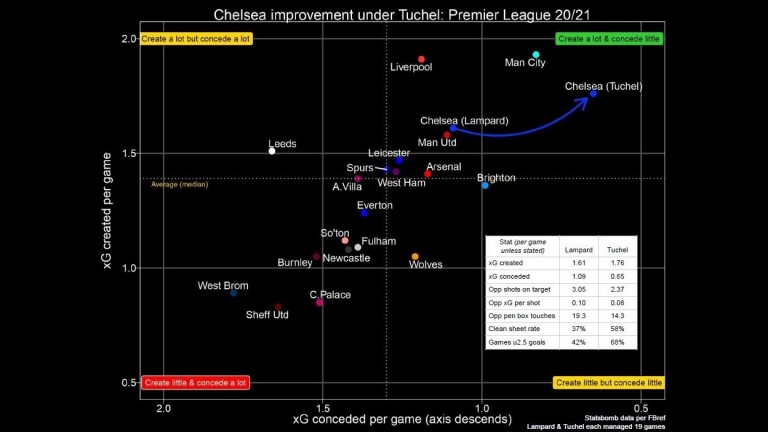 The emergence of Edouard Mendy has been a key factor in Chelsea’s defensive performances. The goalkeeper was signed in September last year and, after the mishaps of Kepa Arrizabalaga the previous season, has added a solid foundation.

This season, Mendy has made 16 saves from 16 shots in open play, conceding his only Premier League goal via a Mohamed Salah penalty. That is due in part to the poor quality of chances that Chelsea afford their opponents.

The west London club have been able to keep teams at arm's length, forcing them to shoot from range. In Lampard’s half of last season, teams averaged 19.3 touches in the Blues’ box per game, under Tuchel that number fell to 14.3.

Now with Romelu Lukaku back and firing, Chelsea travel across London to take on Harry Kane and Tottenham on Sunday.

In February, Tuchel secured his first away win with a clean sheet and a 1-0 victory at the Tottenham Hotspur Stadium. Seven months later, a similar result would have their rivals worried.

Manchester City’s imperious performances over the last four seasons have resulted in three Premier League titles and it is likely to take something special to knock them off their perch, just as Liverpool managed in the 2019-20 campaign.

With their record-breaking defence, Chelsea may well have hit upon the blueprint to doing so.