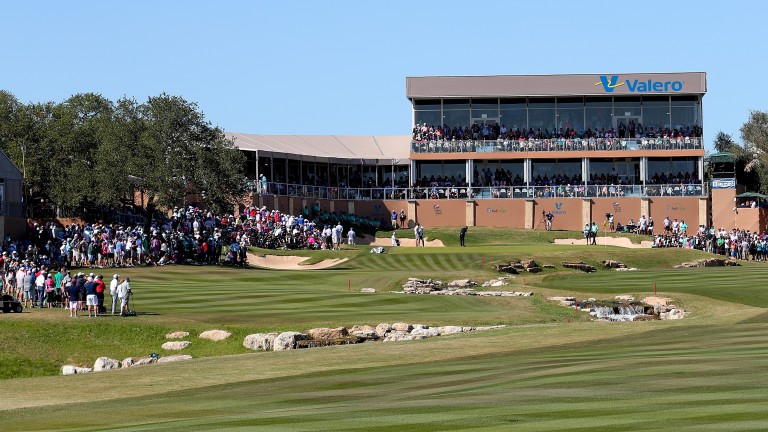 The PGA Tour heads to San Antonio this week for the Texas Open
Getty Images
1 of 1
By Ian Wilkerson UPDATED 4:40PM, APR 3 2019

Changes to the PGA Tour calendar have done the Texas Open no favours.

Placing the San Antonio showdown the week before The Masters and immediately after the WGC Match Play restricts the number of the game's stars willing to take on a difficult test when their preparations are geared towards the first Major of the year.

World number eight Rickie Fowler bucks the trend having elected to sit out in Houston last week and he looks set to go off favourite despite having never featured in the tournament.

This week's tournament winner will also qualify for a place at Augusta if he hasn't done so already.

Australian Aaron Baddeley would love to claim a fifth PGA Tour victory this week to make sure he is driving down Magnolia Lane next week to play in his first Masters since 2012.

He finds himself ranked 187th in the world having been as high as 16th, but he has come into some decent form and there is a good chance he will put up a solid performance this week.

Baddeley has claimed two further top-ten finishes since he started his campaign with fourth spot at the Safeway Open and those performances have come in fields that would not be considered strong.

He fell to second in the Puerto Rico Open in February, when he closed with a disappointing 71, and it was a similar story last week, when he again slipped off the pace on Sunday to finish in a tie for seventh, four shots behind Graeme McDowell.

While ball-striking off the tee is perhaps more important this week than his strength on the greens, this is a course where he has performed well - he posted top-five finishes in 2010 and 2017 and has claimed a top-30 spot in six of his seven attempts at this week's venue - so he could force his way into the picture.

Horschel is already guaranteed a place at Augusta next week and there looks a decent chance that he can head to Georgia with a spring in his step.

The man from Grant, Florida, has posted three top-four finishes in this tournament and was 11th last year.

A solid 45th in the greens-in-regulation statistics, he has not missed a cut since the Canadian Open at the end of July, a run that stretches back 18 tournaments.

Horschel finished second in the Tour Championship - enough to claim a Masters exemption - and this looks a good opportunity for him to improve upon a season-best effort of eighth at the Farmers Insurance Open.

The 2009 US Open champion has had some much publicised domestic issues but he has been steadily climbing the world rankings since finishing second in September's Web.com Tour Championship.

The South Carolinian has claimed top-20 finishes in nine of his 11 season starts and proved that the bubble had not burst when he recovered from missing the cut at the Players Championship to finish five off the pace in 13th at the Valspar in his last outing.

Glover has made just one previous visit to the course when he missed the cut four years ago.

However, he stands tenth in the GIR rankings and is 17th in strokes gained tee to green so this is an environment where he could flourish and claim his first win since the Well Fargo in 2011.

Rickie Fowler
Fowler skipped the WGC Match Play last week and makes his first visit to San Antonio. He possesses the sort of skills that have aided previous winners and can be expected to go well.

Jordan Spieth
The Texas native was second on his last visit to the tournament in 2015 but his putting issues persist. He has not claimed a top-ten finish since The Open.

Jimmy Walker
The 2015 champion has two other top-four finishes at the venue, but he has slipped out of the world's top 100 having finished outside the top 20 in his last 18 tournaments.

Jim Furyk
Furyk's run up the rankings after his second spot at the Players left him just short of 50th spot, but he could challenge this week. Despite his modest distance off the tee, he was third in 2013 and sixth a year later.

Sungjae Im
The South Korean rookie posted his third top-ten finish in four events at the Corales Puntacana last week, but a sixth straight week of competition may take its toll.

Course overview The Oaks Course was designed by Greg Norman (with the assistance of Sergio Garcia) and has been used for this tournament since 2010. However, the tournament has been brought forward three weeks and, as it sits between the WGC Matchplay and the Masters, that has had an effect on the quality of the field with many of the world's stars electing for a week's rest or practice before Augusta.

This is one of the toughest courses on the circuit, especially if conditions are windy. Having said that, both the 72-hole and 18-hole course records were beaten last year.

There are plenty of deep bunkers, along with lots of penal scrubland, off the fairways. Most holes are tight off the tee, others afford room for manoeuvre. The greens are undulating and tough to hold. Three of the four par-threes are 200-yards-plus with the 13th a beast at 241.

The first two par-fives (second and eighth) are more than 600 yards apiece. The par-four fourth is the hardest hole of all. The par-fours of one and nine (where Kevin Na once carded a 16) are also difficult, but the 14th and 17th are excellent par-four birdie chances. Not many players finish under par in this event and anything double-digits under always has an excellent chance of victory.

Story of last year Andrew Landry beat the 72-hole course record by three shots to claim his first victory in his home state and a two-shot success over Trey Mullinax, who had shot 62 in the third round, and Sean O'Hair.

Weather forecast Conditions have been dry but there is a decent chance of rain on both Saturday and Sunday. Temperatures are expected to be in the low 30s and after a calm start, winds will become more noticeable, if not fierce, over the final three days.

Type of player suited to challenge Crisp ball-strikers who find plenty of greens in regulation are typically favoured for this challenging assignment. Length has been of benefit in the past and could be so again as last year's tournament was dry and allowed even shorter hitters to get a decent distance off the tee.