Texans have it all to do to reach home Super Bowl 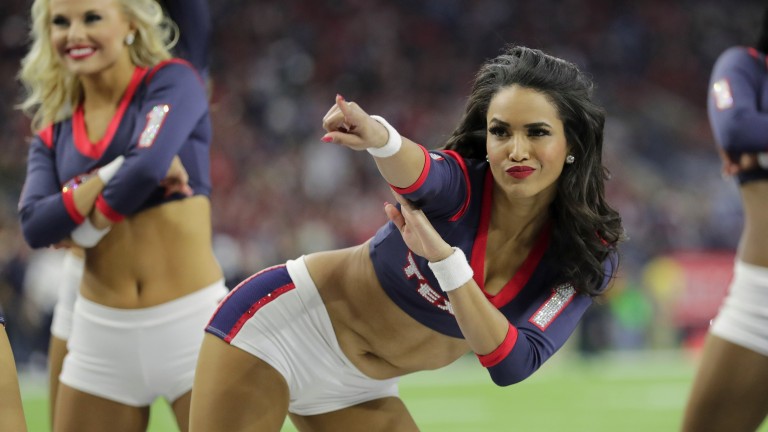 Houston are just two games away from becoming the first team to appear in a home Super Bowl.

However, anyone clutching a betting slip from September supporting the Texans to win the Vince Lombardi Trophy at 33-1 will be disappointed that the price has doubled.

The euphoria of a victory over injury-hit Oakland last week died down quickly after they were installed as 15.5-point underdogs for tonight’s trip to New England, which is the biggest post-season handicap to have been chalked up since 1998.

And that is understandable as it is hard to pinpoint a New England weakness.

The Patriots were the third-highest scoring team in the league and conceded fewer points than anyone else, while being the punters’ friend as well as they covered the handicap in ten of their final 12 matches.

New England are also boosted by the fact they beat the Texans 27-0 in Week Three and that was while quarterback Tom Brady was serving his four-match ban.

It is not all doom and gloom for the Texans, who conceded fewer yards than any other team in the league.

However, they scored their greatest number of points in a match this season when they beat Oakland 27-14 last week and it is doubtful that they will be able to keep up the pace with the Patriots.

Fans will forgive quarterback Brock Osweiler for his indifferent start after a big-money move from Denver if he can pull it out of the bag, but it does not look likely.

If anything, the points line may prove to be high at 44.5. Houston are not expected to be that competitive and the Patriots may not need that many to book their place in the last four.

Team news
Houston Wide receiver DeAndre Hopkins has been nursing a knee injury but should be available. Linebacker John Simon is recovering from a chest injury.

New England Running back LaGarrette Blount has been suffering from illness but should play. Wide receiver Danny Amendola (ankle) is set to return.