Texan tiger can roar back to top form 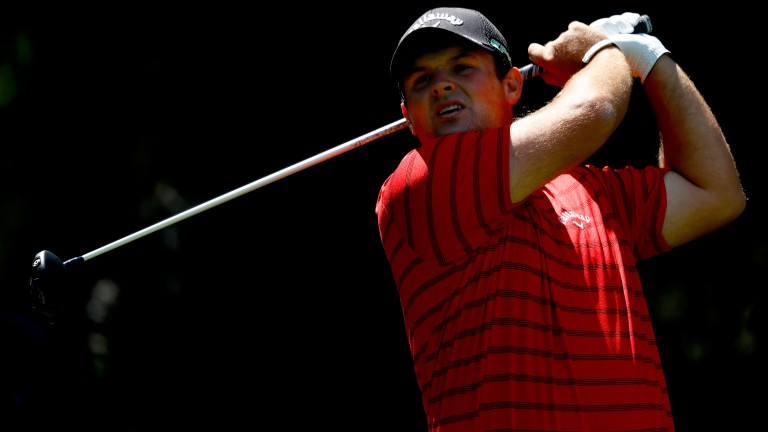 Jordan Spieth has taken over as Houston Open favourite after the withdrawal of Dustin Johnson, but short prices about the home-state hero make no appeal.

Spieth was ragged for long spells of the WGC-Match Play last week, where he was eliminated at the group stage, and prior to the 2015 Houston Open he described the venue as “a course that's really not well suited for me”.

Spieth thinks the Golf Club of Houston is too long for him, and storms are set to provide soft conditions all week. The two-time Major champion was a Houston playoff loser two years ago and is capable of competing anywhere, but this does not look an ideal time to support a man whose mind will almost inevitably be drifting to Augusta.

Jon Rahm is equally unappealing at just 11-1. The Spanish youngster has made a barnstorming start to his US Tour career, but seven rounds in five days at last week's Match Play, culminating in an agonising final-hole loss to Johnson, must surely have taken some sort of toll. Rahm is making his Houston debut.

Preference at a much bigger price is for Patrick Reed, who lives in the Houston area and seems likely to give this event his maximum attention. Patchy form over the last couple of months has not impressed bookmakers, but Reed won the Barclays at the end of August and was a star at the Ryder Cup at the start of October. It will probably not be long before the 26-year-old is firing on all cylinders again.

This looks a perfect event for Reed to get back on track. His loose long-game has been getting him in trouble, but the Houston set-up provides huge margin for error off the tee. Reed's short-game class counts for plenty this week. He failed to progress from his group in the Match Play last week, but all his matches went to the 18th hole, so luck was not on his side.

This big-occasion player may step up a gear with the Masters looming. Reed has finished 17th and tenth in Houston the last two years, and his last two starts in the Lone Star State resulted in second place in the Texas Open and 15th in the Dean & Deluca Invitational.

Another player who appreciates the room to manoeuvre at the GC of Houston is Tony Finau, who is raring to go after sitting out the Match Play. Finau was first reserve at the Match Play and unlucky not to get a start considering three players pulled out during the group stages. The rest will have sharpened the giant Utah man up for a much better trophy opportunity.

This is a second-shot course where power off the tee is worth considerably more than accuracy. Anthony Kim (2010) and JB Holmes (2015) both won the Houston Open despite hitting the fewest fairways of anyone over the weekend play. Finau, long but wild off the tee, is strong on approach to the green.

Finau has already made the each-way places twice this year – fourth at Torrey Pines and fifth in the Valspar – and his missed cut by a shot in Houston 12 months ago is easy to forgive. The previous week Finau had made his US Tour breakthrough in a playoff for the Puerto Rico Open, so was suffering with mental fatigue.

Russell Henley has looked bright this season and been threatening a third US Tour title. Given his recent love-affair with the Houston Open – seventh, fourth and fifth the last three years – this seems as good a chance as any. Henley's suitability to this layout was underlined by the fact he missed five cuts in a row on the US Tour before finishing fifth last year.

Charley Hoffman turned 40 over Christmas and is eagerly chasing a fifth US Tour triumph. He came close at Bay Hill last time out, losing by a shot. Prior to that Hoffman was fourth in the Genesis Open and this week he tees up in a state where he has enjoyed much success.

Hoffman's last victory came in the Texas Open last April, a tournament in which he boasts a fantastic record. He missed seven cuts in a row on the US Tour before arriving for the 2008 Houston Open, yet finished sixth. More Texas birdies should be coming this week.

Complete your staking plan with Luke List, who sandwiched two excellent rounds between two humdrum ones in last week's Puerto Rico Open. List possesses the necessary power to handle the GC of Houston and his form on the US Tour this season makes him one of the most dangerous maidens in attendance. List was a solid 27th in this event last year and has posted eight top-20s on the US Tour since.

Others to note
Rickie Fowler
The Californian ace was a comfortable winner of the Honda Classic a month ago. Sixth in Houston in 2014 and tenth last year.

Charles Howell
Consistent operator has been hitting his ball well this season and has finished fifth and seventh in this event the last two years. Strong place claims.

Danny Lee
Texan-based Kiwi has shown signs of life over the last few weeks and could go well in comfortable surroundings.

Adam Scott
Class act with all the tools to tame GC of Houston. Has not played in this event since 2010, though, so may be sluggish from the blocks.

Henrik Stenson
The Open champion produced a shockingly bad performance at Bay Hill last time out. Twice runner-up in Houston, though, so could bounce back.

Phil Mickelson
The 2011 Houston Open champion has not finished worse than 17th there since. Short bursts of brilliance is the theme of Lefty's 2017.

When to bet By 1.20pm Thursday

Time difference Texas is six hours behind the UK and Ireland

Course overview The Houston Open has been played at this course since 2006, but it changed its name in 2014 from Redstone Golf Club to the Golf Club of Houston. Rees Jones designed the layout, with assistance from David Toms. This track is not overly penal from the tee – Anthony Kim was able to miss countless fairways on his way to winning in 2010 and Phil Mickelson also approached the greens from some peculiar angles the following year – but the game gets tougher closer to the hole. The tournament organisers realised they were going to have to make their course more like Augusta if they were to attract star names just prior to the first Major of the season, so they made changes. Most shots from around the greens are from fairway-cut or bunker (rather than from rough as had been the case previously), the goal being to give players some of the same shots they will hit at Augusta. Sloped banks around the greens and lightning-fast dancefloors have made this an excellent Masters warm-up. The 488-yard par-four 18th is the hardest hole, the 480-yard par-four fifth and 238-yard par-three ninth are two other difficult assignments, while the eighth, 12th and 13th are the three best birdie opportunities

Story of last year Jim Herman chipped in for birdie at the 16th hole of the final round, fending off the challenge of Henrik Stenson to triumph by a shot and claim his maiden US Tour title

Weather forecast A significant storm is expected on tournament-eve, which would leave the course wet and potentially damaged. Thursday seems likely to be breezy and there is a thunderstorm threat for Saturday afternoon. More rain and thunder is expected for Sunday

Type of player suited to challenge This course demands a tidy short-game, with fast putting surfaces surrounded by lots of tricky run-off areas. Finding fairways counts for little. The power to have loft into small targets is more important. A wet Wednesday and weekend are set to further aid big-hitters this year, providing a soft, long layout which is generous off the tee