Terriers could take another bite out of Forest's chances 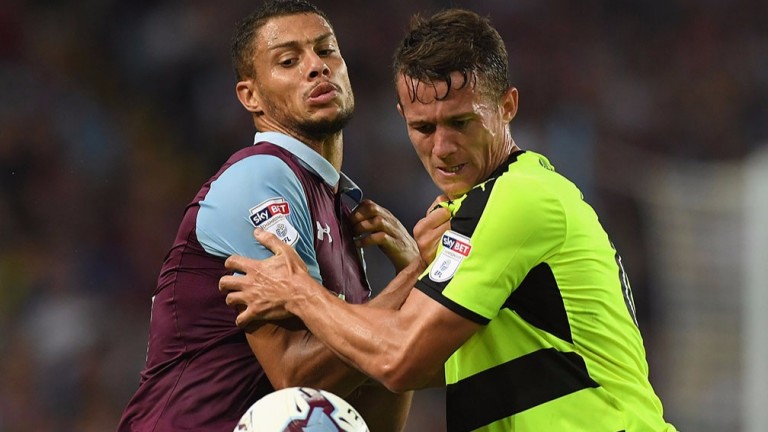 Clubs of Huddersfield's size have to be creative if they are to flourish among the fallen giants in the Sky Bet Championship and the Terriers took their gamble in November 2015 by appointing David Wagner, a German manager with no experience of English football.

They finished the campaign 19th but after a summer overhaul of the squad and a high intensity pre-season they emerged as a completely different side.

Huddersfield have not been lower than eighth this season and they are fourth after a three-match winning run.

Catching the top two of Newcastle and Brighton will be tough but Huddersfield look well-equipped to stay in the top six and will have welcomed Wagner's recent comments about his commitment to the club.

Huddersfield have become a well-run club and their situation must be the envy of Forest, who are plagued by ownership uncertainty.

Forest chairman Fawad Al-Hasawi is looking to get out and is reportedly close to selling the club.

However, the deal has dragged on too long and may come too late to influence fortunes this season.

Forest are within six points of the bottom three and are pinning their hopes on the return to fitness of key striker Britt Assombalonga.

However, injury-ravaged Assombalonga has not completed 90 minutes since the opening day of the season and may struggle to prevent Huddersfield from increasing their winning run.

Barnsley v Blackburn
Barnsley were 10-3 third favourites for relegation at the start of the Sky Bet Championship season but they spent Christmas Day in the top half and can enhance their playoff hopes by beating third-bottom Blackburn.

The Tykes' progress is a feather in the cap for manager Paul Heckingbottom who has done a fantastic job since taking over from Gary Johnson in February.

A fearless approach has seen Barnsley score 38 league goals – the joint-second highest total in the division – and an exciting contest is expected as opponents Blackburn are lively in attack and leaky at the back.

But they have lost 3-2 in each of their last three games and have kept just one clean sheet in the last two months.

Rovers have not been outside the bottom five all season and improvements to their defence and midfield will be needed if they are to avoid a battle against the drop.

Confidence in the Bury camp must be rock-bottom and the list of absentees is lengthy with Neil Danns banned and Andrew Tutte, Ishmael Miller and Nathan Cameron out until next year.

Fleetwood have midfielder Kyle Dempsey back in their squad after a leg injury and look solid favourites to register their eighth successive home victory.

Just three points separate the teams but while the Stags are improving, Morecambe have five league defeats in six and are heading for a relegation scrap.

Four of Morecambe's seven league wins this season have come on the road but the last of them was in October.