Japanese superstar can return to limelight with golden homeland triumph 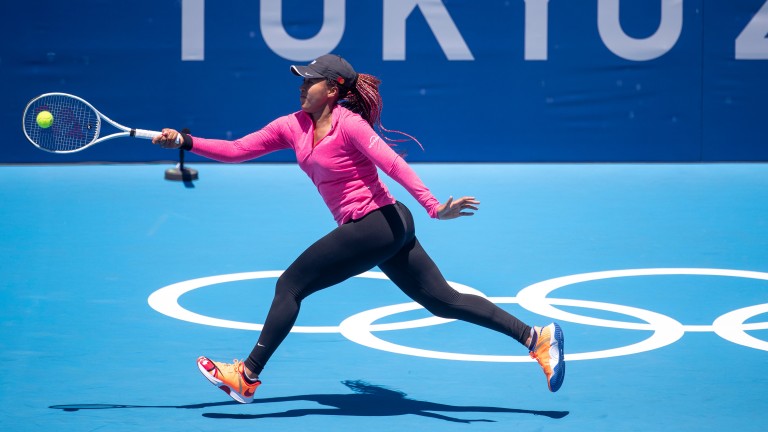 Naomi Osaka has not played since the French Open in early June but the break from competition may have been welcomed by the Japanese ace
Tim Clayton - Corbis
1 of 1
By Adrian Humphries UPDATED 3:32PM, JUL 22 2021

Free tennis tips, best bets and analysis for the Olympic women's singles tournament which starts in Tokyo on Saturday.

Ashleigh Barty achieved a career highlight when joining the ranks of the great Australian Wimbledon champions earlier this month, but it could be Japanese superstar Naomi Osaka's turn to return to the limelight by taking Olympic singles gold in her homeland.

Osaka, who has been in disagreement with the powers that run the Grand Slams, will surely be keen to make a big statement in Tokyo. And while women's tennis has seen multiple players ranked number one in recent years, it's quite possible that Osaka has the beating of any of them on a hardcourt on her day.

There's obviously a slight doubt over the fitness of Osaka, who pulled out of the French Open early on after organisers informed her that she could be expelled from the tournament should she refuse to take part in media duties - something she had done in Paris to highlight the demands on players' mental health. She then skipped Wimbledon.

But Osaka should be fully aware of the need to make the most of this opportunity and the second seed has the beating of opponents such as Barty and fellow top seeds Aryna Sabalenka, Elina Svitolina, Karolina Pliskova and Iga Swiatek on hard terrain.

Seventh and eighth seeds Garbine Muguruza and French Open heroine Barbora Krejcikova, who is supremely confident right now, could be tough to stop but Osaka could meet only one of that pair - in the final - and she should still be good enough to come through.

Where the men's game still looks a fairly closed shop, punters can have an interest or two on a couple of outsiders in the women's singles. Muguruza and Krejcikova are options, but there was a lot to like about the way Sara Sorribes Tormo was operating on faster courts prior to the clay season.

The Spaniard opens her Tokyo campaign against Barty and while upsetting the Queenslander will obviously be difficult, it would be wrong to think that the world number one is unbeatable. Sorribes Tormo can be chanced at 300-1, while the same can be said about her fellow Spaniard Carla Suarez Navarro.

She has only recently beaten Hodgkin's lymphoma but Suarez Navarro, who has gone deep in numerous big hard-court tournaments down the years, has been playing well enough to suggest that finishing her career with a dream run in Japan may not be quite the unobtainable prize that many believe.

FIRST PUBLISHED 3:10PM, JUL 22 2021
Osaka, who has been in disagreement with the powers that run the Grand Slams, will surely be keen to make a big statement in Tokyo