Tennis tips for the ATP and WTA tour events 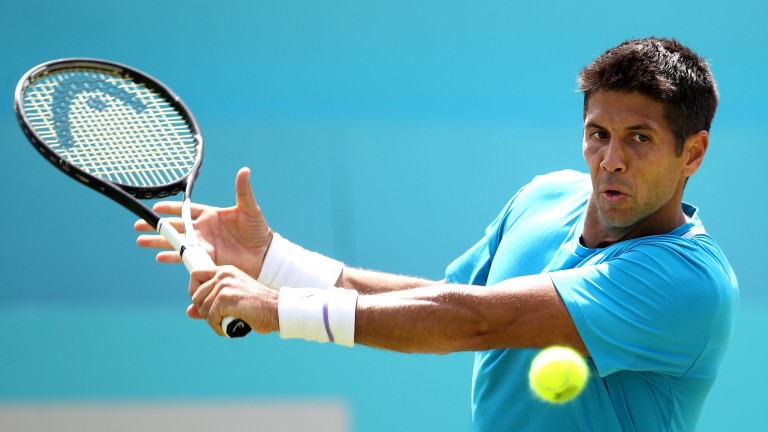 Cristian Garin gets the top seeding in an ATP main-tour event for the first time and the Chilean is likely to be a serious contender on the return to clay after the short grass-court season.

Garin has already garnered slow-court titles in Houston and Munich and there should be more to come for the powerful 23-year-old from Santiago.

Spanish players have enjoyed considerable success in Bastad with that country supplying the singles champion in nine of the last 17 years.

Amazingly, former top-ten performer Pablo Carreno Busta, ranked a lowly 50th at the weekend, is the top seed in qualifying and the Spaniard merits huge respect should he win through to the main draw.

However, second seed Fernando Verdasco, who has been in fine form on grass in recent weeks, looks to have a big chance to go one better in the coastal town than he did when runner-up in 2013 and 2016.

Marco Cecchinato defends his title in the Croatia Open in the Adriatic resort of Umag this week, but the Italian has gone off the boil this season after a fine 2018.

Top seed Fabio Fognini, Monte Carlo Masters hero in April, is chasing a second title in Istria after going all the way in 2016, while 2017 champion Andrey Rublev has also travelled in search of a second title at the venue.

Rublev is still working his way back, though, after a back injury so he can probably be opposed.

Tommy Robredo, Umag hero in 2013 and runner-up there the following year, is bidding to qualify for the main draw.

The Spaniard, 37, would merit huge respect should he earn a berth for the coming week. But until the qualifiers' odds are added in the next day or two, the best option may be Borna Coric.

Even though an abdominal niggle prevented Coric competing at Wimbledon, the second-seeded Croat is no stranger to winning titles on clay.

John Isner is a late wild-card entry into the Hall of Fame Open, the season's concluding grass event on the ATP Tour, and the giant American will be chasing a fourth win in Newport following triumphs in 2011, 2012 and 2017.

Isner could well be difficult to stop but he hasn't been as sharp on court as he was last season – 2018 was his career-best campaign – and he can be taken on at the odds available.

Fifth seed Steve Johnson is the defending champion after his final victory over Ramkumar Ramanathan last year and the Californian could prosper after posting some typically brave performances in recent weeks.

However, down the years this event has often been an open one and while Jordan Thompson, 2016 winner Ivo Karlovic and talented young Ugo Humbert all have claims, promising Prajnesh Gunneswaran could be value to be India's first Hall of Fame singles winner since Leander Paes in 1998.

Anastasija Sevastova returns to Bucharest to defend her title and the Latvian ace is the top seed in Romania this week.

The country is basking in the glory of Simona Halep's brilliant Wimbledon triumph and that could serve to inspire her compatriots in the coming weeks.

Irina-Camelia Begu, Bucharest champ two years ago, is unseeded this time. She may start well against Aleksandra Krunic, although the Serb made the semi-finals of the Swedish Open 125K Series event in Bastad last week.

Mona Barthel, Fiona Ferro and Natalia Vikhlyantseva, all of whom are also in action in Bucharest, made the last eight in the Swedish coastal town.

World number 12 Sevastova, ranked 35 spots above her nearest rival this week, is clearly the one to beat. But an interest in Aliona Bolsova, the Moldova-born Spaniard who made a big impression when reaching the last 16 of the French Open as a qualifier, could be worth having.

The Swiss Open, known as the Lausanne Championship for the first time this year, has come back down to earth after three years in the Alps at Gstaad and it's latest home is on the shore of Lake Geneva.

Julia Goerges, who loves play­ing on clay, is the top seed and the only previous winner com­pet­ing is last year's Gstaad champ Alize Cornet, who is seeded third.

Second seed Caroline Garcia is getting more consistent with experience in International-class tournaments such as this.

Fourth seed Mihaela Buzar­nescu, who has snubbed her home city of Bucharest this week, could go well but faces a potentially tough opener against Swiss battler Stefanie Voegele.

Mandy Minella posted some excellent results on the way to reaching last year's final and while the conditions will be markedly different, it may be worth chancing the seasoned Luxemburger.