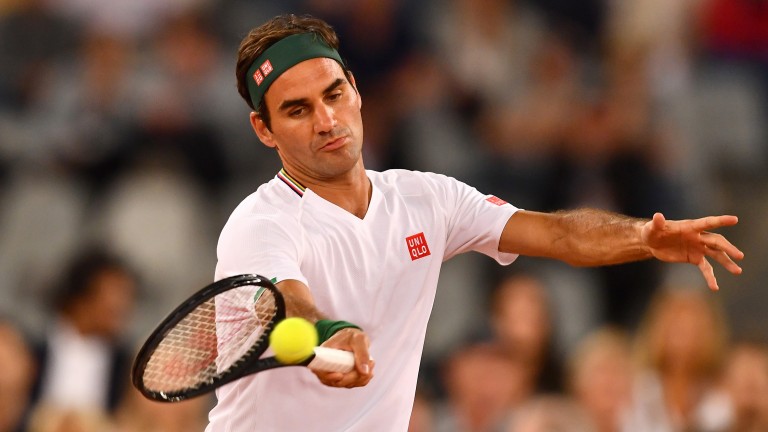 Roger Federer looked in decent physical condition on his arrival in Doha a couple of days ago
Gallo Images
1 of 1
By Adrian Humphries UPDATED 9:49PM, MAR 9 2021

Roger Federer returns to competitive tennis for the first times since losing in the semi-finals of the 2020 Australian Open and punters face a difficult task trying to second-guess the legend's wellbeing.

The 20-time Grand Slam singles hero, who turns 40 in August, has undergone two knee operations since he was last seen and reportedly contemplated calling time on his illustrious career. But he insists there is still work to be done.

Federer certainly looked in good physical condition on his arrival in Doha for the Qatar Open. But with this and Dubai next week being the only two tournaments on the Swiss legend's radar for the time being, his fans and potential backers also have to decide in which event the veteran should be backed.

Federer is seeded second in Doha behind Dominic Thiem, who is likely to meet Australian Open semi-finalist Aslan Karatsev in his opener this week.

It would perhaps be easy to ignore Federer this week and opt for talents such as Denis Shapovalov, David Goffin, Borna Coric or Taylor Fritz, all of whom are in Federer's half of the draw.

But with Goffin potentially fatigued having recently won a title, Coric having fallen short against Marton Fucsovics in Rotterdam and Shapovalov still with plenty of maturing to do on court, an interest in the great man may actually be worth chancing because the competition is going to get a good deal stiffer next week.

Daniil Medvedev, Stefanos Tsitsipas and Karen Khachanov top the bill in Marseille this week and their presence means the rest of the Open 13 Provence field will have plenty of work to do to deny them.

Medvedev and Khachanov are in the top half of the draw along with Jannik Sinner, while Tsitsipas is the big gun in the bottom half, along with France's Ugo Humbert.

Other Frenchmen in the lower section are Jo-Wilfried Tsonga, Lucas Pouille and Pierre-Hugues Herbert, but none yet look up to thwarting Tsitsipas, who is bidding for a third successive title in this tournament.

Kei Nishikori is showing signs of producing better form this season, but even the Japanese may have his work cut out against Tsitsipas, who is one of the best indoor performers in world tennis.

There's an open-looking heat in Santiago this week for the Chile Open where Nicolas Jarry could celebrate a home success.

The Cerundolos dominated the first two weeks of the clay season - older sibling Francisco was due to meet Diego Schwartzman in the Buenos Aires final on Sunday night. But while the Argentinian brothers are both due to travel to Chile, Jarry posted a creditable effort in Cordoba last month when pipping Jaume Munar before going down to Benoit Paire.

The Santiago native could step up on that effort this week and if he can survive a tough opener against Frances Tiafoe the draw could open up nicely for the 6ft 6in big-server.

Cristian Garin is top-seeded in his homeland but there may be better value in Jarry, who last year served a drugs ban.

Caty McNally could take plenty of stopping in the Zapopan Open on outdoor Solflex hard courts in Guadalajara, Mexico.

Nadia Podoroska is the top seed but while the Argentinian is a feisty performer, she has done her best work on clay, having reached the semi-finals of last year's French Open.

McNally has been mentioned in the same breath as Cori Gauff in recent years. The American has winnable early outings against compatriot Katie Volynets and then either Anna Blinkova or Tamara Zidansek, and there may be little to stop her in the top half of the draw.

Second seed Marie Bouzkova, fourth seed Sara Sorribes Tormo, who is getting her act together this year, and impressive young Canadian Leylah Fernandez all contest the bottom half of the draw, but should McNally navigate a path to the final she may be good enough to beat anyone.

FIRST PUBLISHED 4:45PM, MAR 7 2021
An interest in Federer may be worth chancing in Doha because the competition is going to get a good deal stiffer in Dubai next week