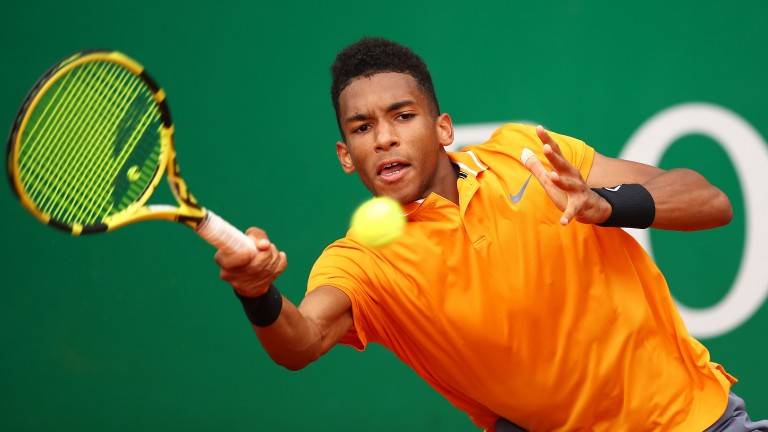 TV: Amazon Prime, from 10am Wednesday

Felix Auger-Aliassime was advised to win the Monte Carlo Masters before the tournament started in the belief that he could be good enough to defeat Alexander Zverev in his second-round outing, so it makes sense to stick with that notion.

Auger-Aliassime opened with a 7-5 7-6 victory over Juan Ignacio Londero and the brilliant young Canadian could step up on that effort against world number three Zverev, who was found wanting against Jamie Munar in Marrakech last week.

The world is Auger-Aliassime's oyster, but while he looks a versatile sort who battled well on the Latin American clay-court Golden Swing earlier this year, his best surface could prove to be hard courts.

Because of that, there's little point in going in strong for him to beat Zverev, who already has Madrid and Rome Masters slow-court titles to his name, but the oppor­tunity to support the outsider to win at least a set can still be taken.

Radu Albot is enjoying the best season of his career and he could make life difficult for Daniil Medvedev.