Tennessee well-equipped to take a firm grip on the South 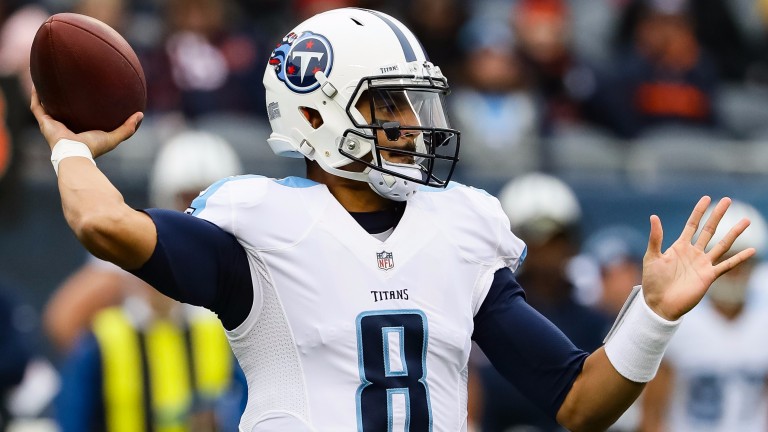 Marcus Mariota is the star of the show for Tennessee
Getty Images
1 of 1
By Ian Wilkerson UPDATED 12:06PM, SEP 7 2017

The New England Patriots have won the AFC East in 13 of the last 14 seasons and as the Super Bowl champions appear to have strengthened their hand even further, there will be a few folk attracted by a potential 12.5 per cent profit on their investment.

You would probably be betting against an injury to quarterback Tom Brady, but the division is an unattractive betting heat as a whole as it seems we know what to expect from the other three teams as well.

Miami are improving and should provide the Patriots with their strongest challenge, Buffalo have to adjust to a change of regime which should bring a more disciplined outlook and will probably win a few games, while the New York Jets look awful.

Therefore, the four East placings should fall as the market predicts and there is little inclination to get involved from a betting perspective.

That is not the case in the other three divisions and this looks the season where Tennessee can take a firm grip of the AFC South.

The Titans have an excellent quarterback in Marcus Mariota who has a few new outlets this season as well as the benefits of playing behind a decent offensive line.

There is scope for them to improve on last season's 9-7 record and the same cannot necessarily be said of the other three teams in the section.

Houston's defence is excellent but the pressure is on as Tom Savage is probably not the answer at quarterback and it is difficult to know how the team will deal with being under the spotlight due to the floods in the city.

Indianapolis struggled to protect Andrew Luck last season and could do so again, while Jacksonville have plenty of ground to make up.

The AFC West is one of the toughest divisions in the league and it could be Denver who are squeezed out of contention this time.

Oakland will be delighted to have quarterback Derek Carr back from injury and that probably tips the division in their favour over Kansas City, who are in something of a QB limbo.

Los Angeles Chargers have left their San Diego home but they have plenty of talented players and can make a successful move, while Denver look set to struggle for points again under Trevor Siemian at quarterback. Their fine defence cannot keep bailing the Broncos out.

Finally, back Baltimore to be Pittsburgh's nearest challengers in the AFC North.

Seven of their opening nine games are against teams who failed to make the playoffs last year and if quarterback Joe Flacco can stay fit, they can see off Cincinnati, who won just six games last season and have to cope with the departures of key players from their offensive line.