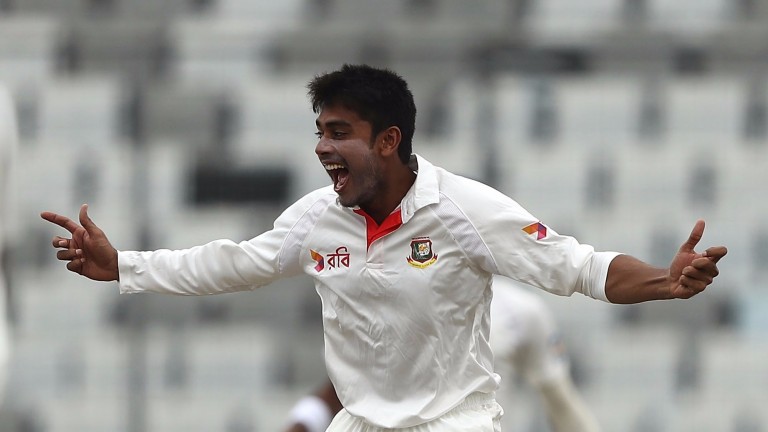 Mehedi Hasan celebrates the wicket of Matthew Wade in the first Test
Robert Cianflone
1 of 1
By James Milton 8:00PM, SEP 2 2017

Despite losing three wickets in the first four overs of the first Test against Australia, 5-1 shots Bangladesh rallied to claim a famous victory by 20 runs.

The Aussies are 11-10 to square the two-match series in Chittagong but they struggled against the home spinners and Mehedi Hasan can star for the Tigers again.

The teenage turner has taken 40 wickets in his first eight Tests, including five in the win over Australia, and he also made useful scores of 18 and 26 in the first game.