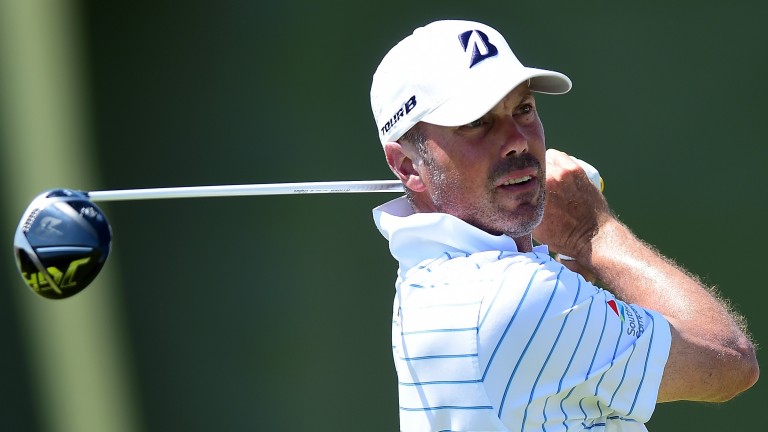 Matt Kuchar was a pre-tournament 40-1 chance for the Sony Open in Hawaii, but the resurgent veteran is no bigger than 7-5 at the halfway stage, having opened up with a pair of 63s at Waialae Country Club.

Kuchar, who ended a victory drought of more than four years when winning the Mayakoba Classic in November, has made only one bogey in 36 holes of Sony action. The 40-year-old is one shot clear at the top of the leaderboard.

Andrew Putnam is alone in second place, with a further three-shot gap back to those in third place. Ante-post favourite Justin Thomas is tied for 20th spot, nine shots off the pace, while Jordan Spieth missed the cut to get his 2019 campaign off to a poor start.

Four of the top six on the leaderboard, including the top two, competed in the Sentry Tournament of Champions last week. The benefit of a spin at Kapalua prior to the Sony is underlined by the fact 14 of the last 20 Sony winners have had one. Kuchar, Putnam, Ted Potter and Marc Leishman have hit the ground running.

Kuchar, an eight-time US Tour champion who is extremely well suited to Waialae, fully deserves favouritism with 36 holes to play. Kooch and Putnam, who won his maiden US Tour title last season and has reached a career-high world ranking of 67, have worked a useful buffer between themselves and the chasing pack. A Sunday duel could be in store unless some of the pursuers use 'moving day' in the correct fashion.

With pleasant conditions and hardly any breeze forecast, one or two are likely to spring from the pack to join Kuchar and Putnam for a final-round Sony shootout. Racing Post Sport followers will be praying it is Cameron Smith, Charles Howell or Patton Kizzire who conjure something in the low-60s, but the trio have given themselves hardly any margin for error and need spectacular weekends to overcome the leaders.

It may be wise to jump aboard Ted Potter, who is keeping closer order, yet is still being dismissed in the betting. Potter is no mug – the 35-year-old has won twice on the US Tour – and his Pebble Beach Pro-Am victory last year was awesome. He repelled Dustin Johnson, Phil Mickelson and Jason Day to triumph at Pebble Beach by three shots.

Potter is back performing well at a seaside track which plays to his strengths – he drives it straight and has a sharp short-game – and he recovered brilliantly from a three-putt double-bogey at the opening hole in round two to card a 65 which left him only five shots behind.

Kuchar and Putnam are in charge, but Potter, who has won twice on the Web.com Tour as well as the main circuit, can turn his putter into a magic wand when in the groove and is being disrespected as a general 33-1 chance on an easy track. In a penultimate threeball of ultra nice guys – Stewart Cink and Marc Leishman join him – Potter could cruise closer to the front. One firm – 188bet – is offering each-way terms of a quarter the first four. The rest are a fifth the four.

Third-round threeball punters are pointed towards Howell, who should boss Davis Love and Michael Thompson in the 9.50pm (UK and Ireland time) contest. Howell adores Waialae and is swinging well.

FIRST PUBLISHED 9:01AM, JAN 12 2019
Potter is back performing well at a seaside track which plays to his strengths