Teams happy to be more adventurous on home soil 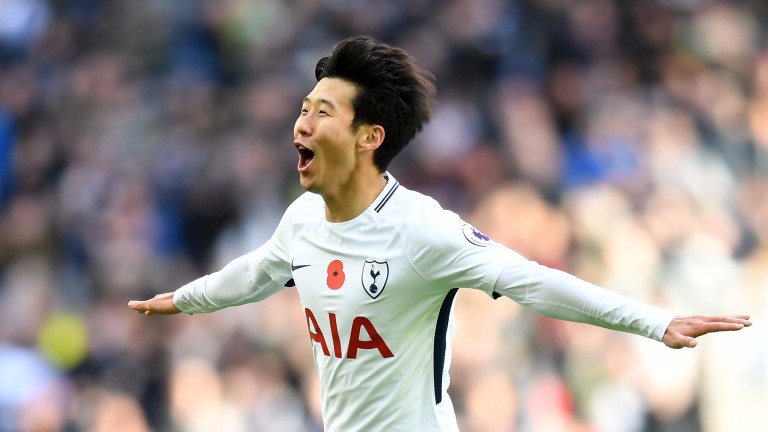 Tottenham beat Crystal Palace at Wembley thanks to a Heung-Min Son strike
Michael Regan
1 of 1
UPDATED 9:27AM, NOV 6 2017

When will West Ham feel truly at home in the London Stadium? Will Tottenham ever feel they are anything other than lodgers at Wembley?

It will happen if they become convinced that they are more likely to win there than elsewhere. And if we think about why that is so we can work out what ground advantage is. The answer might surprise you.

Tottenham are playing home games at Wembley this season because White Hart Lane is being rebuilt. West Ham moved into the London Stadium last season after more than a century at Upton Park.

West Ham manager Slaven Bilic said the venue built for the 2012 Olympics was starting to feel like home earlier this season after a 2-0 win against Huddersfield. After losing 4-1 to Liverpool on Saturday he sounded like a man who thinks he is going to be evicted.

Tottenham manager Mauricio Pochettino said Wembley was beginning to feel like home last month after a 4-1 victory over Liverpool.

Overall teams win more often at home than away. Why? Let’s get to the bottom of this.

A player is more likely to score with a shot at home than away. It sounds incredible but it is true.

I looked at goals-to-shots ratios for periods of between ten and 20 seasons and found the same thing in the Premier League, La Liga, Bundesliga, Serie A and Ligue 1, as well as in the three divisions of the Football League. A home player was slightly more likely to score with a shot than an away player.

Why? It might be because shooters are sharper at home than away, but I think a more plausible explanation is that home teams shoot from better positions than away teams.

Teams win more often at home than away because they try harder to win at home than away. They play more adventurously at home, committing more players to attacks, which enables them to manoeuvre the ball into better shooting positions. And to do so more often.

We can see this clearly if we look at other stats.

For all practical purposes we can say that both teams in a match gain possession the same number of times. In matches where both teams have the same share of ball-in-play time home teams have more shots and score more goals than away teams.

Both teams gain possession the same number of times, both teams have the ball in total for the same length of time, but the home team are likely to have more shots and score more goals. How can this be?

The most plausible explanation, I believe, is that home teams spend more of their time with the ball close to the opposition goal. They could do this if they play more adventurously and send more players forward.

How can this be? The most likely explanation, in my opinion, is that home teams make more passes further up the pitch. They could do this if they attack more forcefully, with stronger intent and greater numbers. In matches where each team is responsible for 50 per cent of all completed passes, home teams have 56 per cent of all shots and score 57 per cent of all goals. Those stats come from the last five seasons in the Premier League, La Liga, Bundesliga, Serie A and Ligue 1.

Ground advantage exists because teams try harder to win at home than away. To do this perhaps some teams need to be convinced that they can succeed more often at home – and perhaps in the meantime opponents become more doubtful than usual that they will fail away.

Winning becomes more important with a big clash on the horizon

Normally teams play more adventurously at home and more cautiously away. And the consequences tell us something heartening about football. Attacking football is not only more entertaining to watch, it is also more effective.

There are times when defence is more advisable than attack. For example, when your opponents are better than you. Generally speaking, though, attacking football is more effective than defensive football.

We can see this if we look at Premier League games played in the last 20 seasons between teams who finished next to each other in the table. There were for all practical purposes no differences in ability.

On the day the only difference between teams was that one played more adventurously than usual and the other more cautiously than usual. And what a difference that made: home teams won 47 per cent of games, drew 27 per cent and lost only 26 per cent. 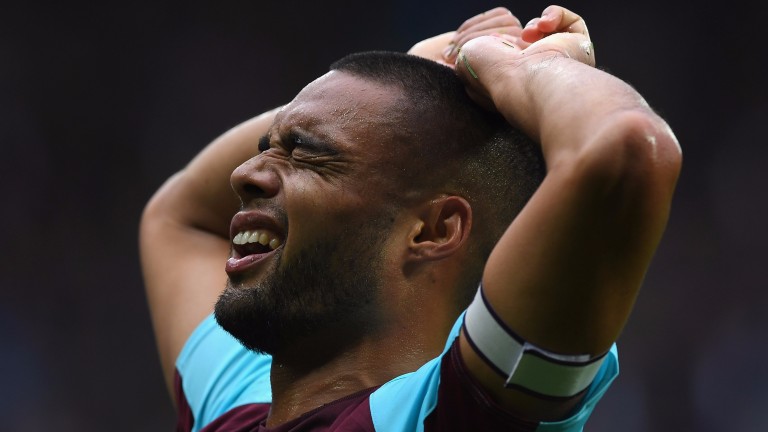 How well have other teams settled into new surroundings? Five summers ago my colleague Steve Davies wrote a great piece on new grounds in the Racing Post’s pre-season pullout The Big Kick-Off. I cribbed his research, which covered 2000 to 2012, and added other clubs who have moved since and some who had moved before.

I confined myself to Premier and Sky Bet Football League clubs. I then limited myself to teams who played their last season in the old stadium and their first season in the new stadium in the same division. Otherwise comparisons of before and after would have been misleading. I was left with 20 teams who changed stadium between 1993 and 2016.

Given the goals teams scored and conceded I would have expected them in both seasons to win about 50 per cent of their home games, draw 27 per cent and lose 23 per cent – in between what happened but not far away from it.