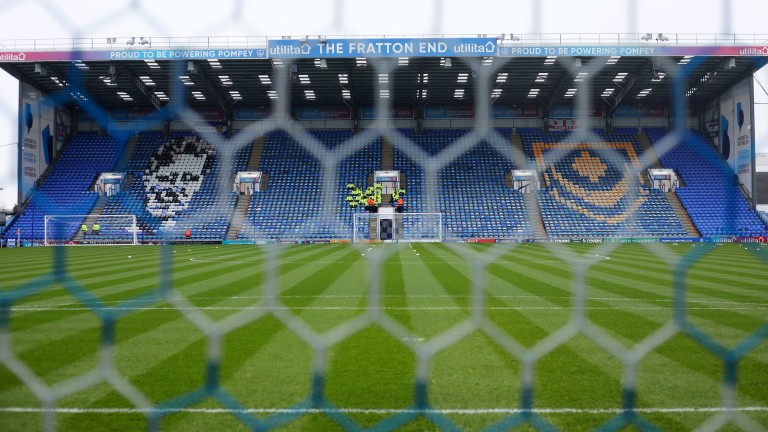 The cliche 'goals change games' could not have been truer at a sold-out Fratton Park as Portsmouth overcame a slow start to deservedly beat their Sky Bet League One promotion rivals.

Sunderland were on top but Charlie Wyke and Chris Maguire failed to make the most of their opportunities, while Luke O'Nien's long-range thunderbolt came off post, hit Pompey keeper Alex Bass on the way out before rolling agonisingly wide of the opposite upright.

John Marquis fluffed a golden chance to make it two and Sunderland's Jon McLaughlin kept it at just 1-0 at the break with a magnificent reflex stop to spare Bailey Wright's own-goal blushes.

Pompey carried on where they left off after the interval and Curtis's ace set-piece delivery was converted by James Bolton.

The second-half stats showed 59 per cent possession to Portsmouth, who won the shot count 12-1. They created five big chances after the break and allowed just one shot inside their box. Sunderland were beaten well before being reduced to ten men late on when Joel Lynch suffered a serious head injury after Phil Parkinson had used all of his substitutions.

Jackett, who weirdly won the man-of-the-match award, keeps it simple in the 4-2-3-1 formation.

They go fairly long up to Marquis but Pompey improved once he was replaced by Ellis Harrison, who seemed more suited to the role and unsettled Sunderland's back three.

There is a solidity to the side that you would expect from a Jackett outfit. Centre-backs Burgess and Sean Raggett are robust and Tom Naylor holds the side together in a deep-sitting midfield role, however the real magic happened down the left.

Recent loan arrival Steve Seddon impressed at full-back and in front of him Curtis was the best player on the pitch. His set-piece delivery was also right on the money.

Marquis was the big signing of the summer after spearheading Doncaster's run to the playoffs last season, but Rovers' style of play was different and maybe Harrison is the better bet for Jackett.

The way Curtis crosses free kicks and corners into the box makes Portsmouth a big threat from dead balls and their last five league goals have all come via set-pieces or penalties.

Bolton scored one and was on the sniff for more and it's probably only a matter of time before Raggett ends his drought, which stretches to August 2018.

"The first half was 50-50 but in the second half we were on top from start to finish. We could have had more and deserved to win."

Portsmouth, who are still going in the EFL Trophy and FA Cup, have won eight on the spin in all competitions and should be a massive threat in the automatic promotion picture despite sitting sixth following a slow start.

They are six points off top with two games in hand on leaders Rotherham, and it would be a surprise if Pompey don't finish in the top two. They have to play away to four of the current top five which isn't ideal, but that seems factored into eye-catching 5-1 title odds.

How did Sunderland play?

The Black Cats lost their way in the second half but for 30 minutes they were the better side at a venue where Portsmouth are unbeaten this season.

They look to be improving following a dreadful beginning to Parkinson's tenure, and can make the playoffs.