Lack of transfer activity may cause problems for David Moyes 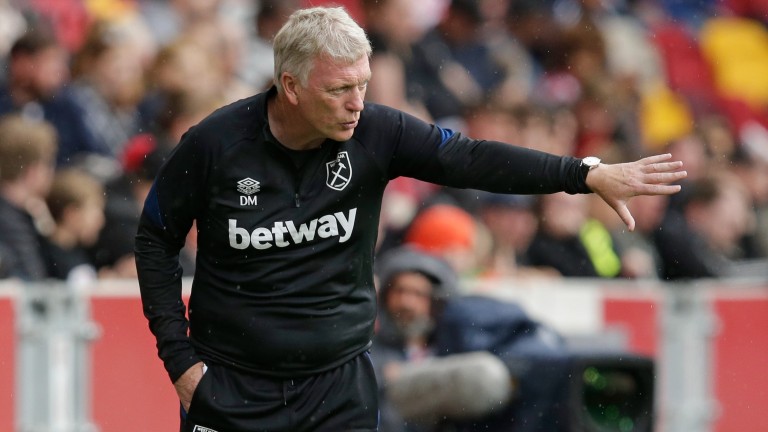 David Moyes must contend with inflated expectations at West Ham this season
Henry Browne
1 of 1
By Joe Casey 10:23PM, AUG 10 2021

When David Moyes was re-appointed as West Ham manager, some fans saw it as a backwards step, but no team in the Premier League exceeded expectations last season more than the Hammers.

Their sixth-place finish was their best since 1998-99 and brought European football back to east London for the first time since 2016-17.

Only Manchester City had a better home record than West Ham and Jesse Lingard was a revelation on loan, with nine goals and five assists in 16 games. Unfortunately for Moyes, Lingard played his way back into contention at his parent club Manchester United and will leave a big hole in the squad.

A major factor in the Irons’ success last year was their central midfield partnership of Declan Rice and Tomas Soucek.

Number one priority for Moyes will be retaining the services of Rice, who has been persistently linked with a move to Chelsea. If he were to depart, it would derail the season before it has begun.

Full-backs Aaron Creswell and Vladimir Coufal were an integral part of West Ham’s defensive success and will need to be again. Barring the commanding Issa Diop, the central defensive department could be stronger and may be an area Moyes looks to improve.

One position in which the Hammers are strong is wide midfield, where the options of Jarrod Bowen, Said Benrahma and Pablo Fornals are able to rotate.

Michail Antonio has also developed into a very solid Premier League striker, but after the departure of Sebastian Haller, the depth behind him is worrying.

The signing of Alphonse Areola will be welcome after Lukasz Fabianski had an average season last time.

Further support in the transfer market will be key if the Irons are to build on last season. However, there is also a high chance of some regression to the mean after such an impressive campaign last time.

European football, although a huge boost to the side, could stretch an already thin squad and expose issues that were visible under the surface last year.

Manager - David Moyes: Many West Ham fans felt the re-hiring of Moyes was a negative move but he has won over the doubters by leading the Hammers to their highest league finish since 1998-99. Seemed to develop a good team spirit last season.

Prospects: Though they were mightily impressive last season, a failure to refresh the squad in the transfer market could leave West Ham vulnerable, particularly if their Europa League campaign starts to take its toll.

Inside Info - @TheLawless from @westhamfantv: With talk of a potential takeover, European Football, and very little movement in the transfer window, it's difficult to say how we'll do. We have a strong starting 11 and if we keep everyone fit we will be on track for another top-eight finish but that is a big if...