Let's hear more of what happens on the pitch 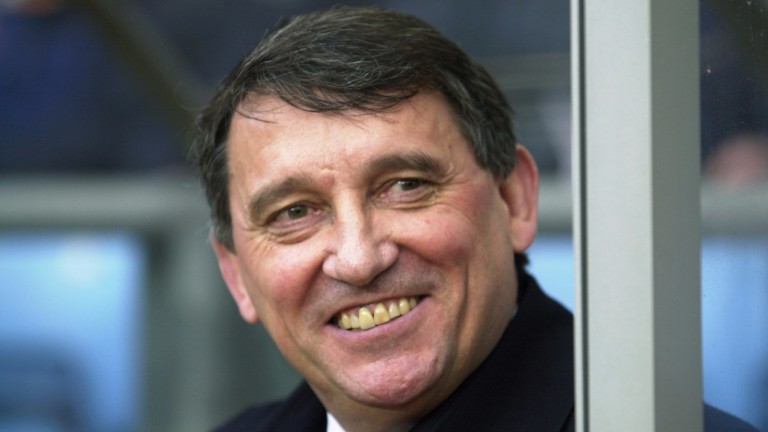 Graham Taylor provided a wonderful insight into the world of football
Getty Images
1 of 1
By Bruce Millington 8:02PM, JAN 18 2017

Sentences you never thought you would write: I am warming to Kevin Pietersen.

In fact I’d say if you listen to him commentating on the greatest annual cricket tournament of them all, the Big Bash, you would find it almost impossible not to like him.

For years I have had him down as a loathsome creature, obsessed with himself, a saboteur of the England cricket team and a man chronically short of redeeming features.

But when he’s in the gantry he is a joy to listen to. Monumentally enthusiastic, full of laughs and insight, with a charming sing-song voice and a willingness to tell it as it is.

And when he is playing for the Melbourne Stars he is usually the willing volunteer to wear a microphone, which is when he conveys even more of the drama of the occasion, either with a live pitch report if he is fielding or a fascinating view from the crease when he has bat in hand.

Pietersen says when he dons the mic he feels he has a responsibility to give viewers a full flavour of what it is like to be in the thick of the action and his bulletins do just that, adding an enthralling new dimension to the coverage.

Pietersen is doing a superb job to rid sport of its main fault from a viewing perspective – it is silent.

The crowd provides noise, as do the commentators. But while we can see the competitors we seldom hear from them, a challenge that broadcasters and authorities should be working as hard as they can to conquer.

There has been some progress. Rugby referees wearing microphones has been a stunningly effective breakthrough, while we occasionally get a fascinating snatch of conversation between golfers and their caddies, and F1 drivers and their pit crew.

But there is so much more that could be done. Let’s hear jockeys during a race, NFL coaches ranting and raving, Test match captains plotting to take the next wicket.

Rugby league star Ashton Sims wore a mic a couple of years ago but his comments during the game were only shown retrospectively, which is such a shame as it would have been great to be able to hear him throughout the match.

Football ref David Elleray was recorded bollocking players and generally laying down the law way back in 1989, and it is frankly pathetic that football has not followed rugby’s lead and made all refs wear microphones.

I, and I suspect 90 per cent of viewers, would ditch the regulation commentary and listen to that instead.

The drawback, of course, is that people swear during sport, but if we can put a man on the moon surely the broadcasters can rustle up an alternative audio option that carries with it a warning that some bad language may be heard.

Of course nobody did more to advance the cause of bringing sound to sport than the legend that is Graham Taylor, whose willingness to participate in the epic 1994 Channel 4 documentary The Impossible Job created the greatest programme of its type ever screened.

Taylor was not a successful England manager, of that there is no doubt. But The Impossible Job showed him to be a wonderfully honest, dignified man who did not deserve the brutal treatment that was dished out in an era when the tabloid press were at their most vicious.

More than that, though, he brought us deeper under the skin of top-level sport than anyone had ever done. It was, and still is, the most compelling piece of sports broadcasting of all time.

From telling a fan who was abusing John Barnes to mind his language during an England match, to yelling at Les Ferdinand to “just let ’em know”, to his hapless pep talk to Nigel Clough, Taylor took us through the hitherto secret door of football’s real world.
It was astonishing.

Taylor’s death last week was made all the sadder as a consequence of this amazing documentary. It felt more like we had lost an uncle than a former national football team manager.

It would be good if every senior television industry executive who has the power to bring the speech of sporting participants to the ears of viewers could watch Taylor’s programme once more and ask themselves what they can do to let us hear what is going on rather than just see it. It cannot be an impossible job.

Great to see rivals give peace a chance

To what extent does an enthralling sporting showdown require the contestants to display ferocity or hatred towards each other?

In the largely woeful world of boxing it is now unthinkable that a big fight could take place in an atmosphere that has anything other than demonstrable enmity as its key ingredient.

The idea that a promoter could maximise an opportunity to sell tickets and TV views without the fighters being forced to either pretend to detest one another or take every opportunity to show their genuine mutual dislike is considered absurd.

I’d love to know what it would do for tickets sales if the media were invited into a room for a press conference to be greeted by the sight of both fighters sitting there enjoying a game of chess and sharing a bag of Quavers. I for one would buy a ticket solely on the strength of that.

But the reality is whenever there is a bit of friction in the air going into a contest of any sort the media sweats it for all it is worth in the hope the public’s engagement with the event will soar.

On Sunday, though, we were given blissful proof that sport can captivate without the presence of hate as Graeme Storm and Rory McIlroy went neck-and-neck down the closing stretch of the SA Open and into three extra holes.

It was a riveting spectacle with hot favourite McIlroy being pushed all the way by a player who would have lost his card last season but for one of the players further up the final standings being ineligible due to having played too few tournaments.

Storm refused to buckle and landed the trophy, and McIlroy displayed nothing but courtesy and sportsmanship in defeat – as he had right down to the wire – despite the anguish of losing.

Watching the pair of them stroll down the fairways side-by-side enjoying amiable chat as they plotted their next shots did nothing to take away the drama of the climax. The contest itself provided the thrills and maybe there’s a lesson in that for other sports.

Phenomenal Carroll could have been king

WHEN he has walked off the pitch for the final time, Andy Carroll will have plenty of reasons to reflect on his career with pride and positivity.

But he might also wonder what might have been, as should anyone who was at the London Stadium on Saturday to watch him spearhead West Ham to a 3-0 win over Crystal Palace.

It was a performance so powerful and penetrating that you couldn’t help wondering how, at 28, Carroll is not the leader of the line for England every time he is fit and playing centre-forward for one of Europe’s biggest clubs never mind England’s elite.

If that sounds excessive, you really had to be there. Quite apart from his phenomenal goal, which nearly caused this Palace fan to leap out of his seat and applaud, he was dangerous throughout in a performance that boasted all the qualities of what nostalgists love to call the old-fashioned English centre-forward.

He gave the centre-halves a thorough aerial battle, held the ball up well and nearly opened the scoring with a surprisingly adroit turn and shot. When the Hammers went ahead he reacted to a spell of Palace pressure by dropping deep and spending five minutes as a midfield general before returning to his usual position.

Carroll has nine England caps, a ridiculously small number given his talent and strength. But players of his size tend to be more prone to injuries and a series of problems involving heel, knee, ankle and elsewhere have limited him to 89 starts in the last four-and-a-half seasons.

Perhaps the 28-year-old will be luckier in the next three years, when he should be in his prime, in which case he might just make a consistent impact at club and international level. I hope so, because on his day he is a beast, and Saturday was his day.

Whatever else he ends up achieving Carroll will surely pick up the goal of the season award for his wondrous strike.

Some bookmakers make him odds-against to land that accolade and that is value, because a panel of even vaguely sensible experts will surely deem his netbuster vastly superior to the fluke from Olivier Giroud that beat the same Palace defence at the start of the month.