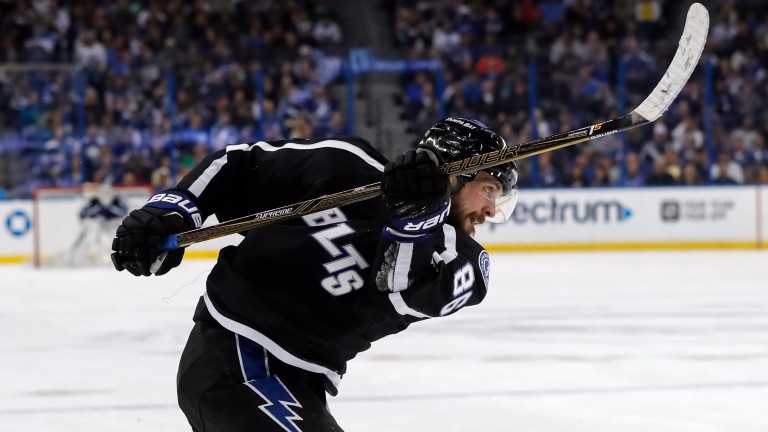 Nikita Kucherov has been in blistering goalscoring form for Tampa Bay
Mike Carlson
1 of 1
By Adam Scriven 2:09PM, OCT 21 2017

A mouthwatering clash between the early-season league leaders Tampa Bay and defending champions Pittsburgh can go the way of the home team.

Tampa missed the playoffs last term but are showing what they're capable of when they have a fully-fit squad and can take advantage of the Penguins' slightly suspect defence.

Both teams' top players have started the season in blistering form and Premier Sports viewers are in for a treat.

Philadelphia have made a decent start to the season with a squad who are very much a blend of youth and experience, and they can keep it going against Edmonton.

The Oilers hoped to be Stanley Cup contenders this season but have been very disappointing, thanks largely to a surprisingly tame offence.

Leon Draisaitl's absence hasn't helped and despite an overtime win against Chicago last time they are worth opposing.

The Predators have won four of their last five games and conceded just three times in their last four.

It's the opposite case for the Rangers, who have four times gone a goal behind within the first two minutes 40 seconds of the game.