Tame Tigers could be easy meat for ambitious Villa 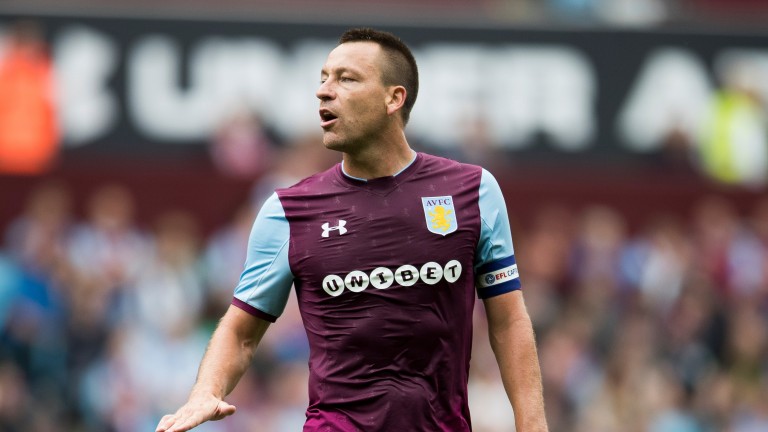 Aston Villa made a mess of trying to return to the Premier League last season but many fancy Steve Bruce to get it right this time and they can make a flying start against relegated Hull.

Villa finished 13th and never threatened in the promotion scrap, although the arrival of John Terry and Glenn Whelan has lifted the dressing room and the Holte End faithful.

The theory is that Terry's winning mentality will make a massive difference to the camp and, even if that turns out not to be the case, this looks a perfect opener for Villa.

Bruce is missing plenty of players through injury but the boss has been able to dip into the loan market to sign Tottenham's highly-rated Josh Onomah and he should add dynamism to their midfield.

If Villa are to justify their status as one of the main title contenders they should be looking to down the Tigers.

Last season Villa finished with six home wins in their last eight, while more will be expected of January signings Conor Hourihane and Henri Lansbury after their settling-in period.

Scott Hogan or Gabby Agbonlahor will have to step up with main goalscorer Jonathan Kodija but it's nothing compared to the problems facing new Hull boss Leonid Slutsky.

Tom Huddlestone and Curtis Davies departed for Derby and replacements have been thin on the ground for Slutsky, who was reportedly set to use his friendship with Chelsea owner Roman Abramovich to populate the Hull squad.

Ola Aina and Michael Hector have arrived from Stamford Bridge but they are hardly headline acts and the other arrivals have been modest.

Kevin Stewart arrived from Liverpool's reserves, Fraizer Campbell was only a bit-part player at Crystal Palace and Czech centre-back Ondrej Mazuch also came in to a squad that is still missing a natural left-back.

Wantaway midfielder Kamil Grosicki is the most valuable asset remaining but he was nowhere to be seen in last week's 3-3 pre-season friendly draw with Ajax and has been below-par in the other warm-up contests as he aims for a transfer back to the Premier League.

Club record signing Ryan Mason remains sidelined, while there are other experienced pros short of match fitness and last season's spirited fight against relegation included a number of loan players who are no longer at the club such as Andrea Ranocchia, Oumar Niasse, Alfred N'Diaye and Lazar Markovic.

Hull
David Marshall, Ryan Mason, Will Keane and Moses Odubajo are out. Evandro and Daid Meyler are short of match fitness.