Riske could take the game to Chinese aces in Guangzhou 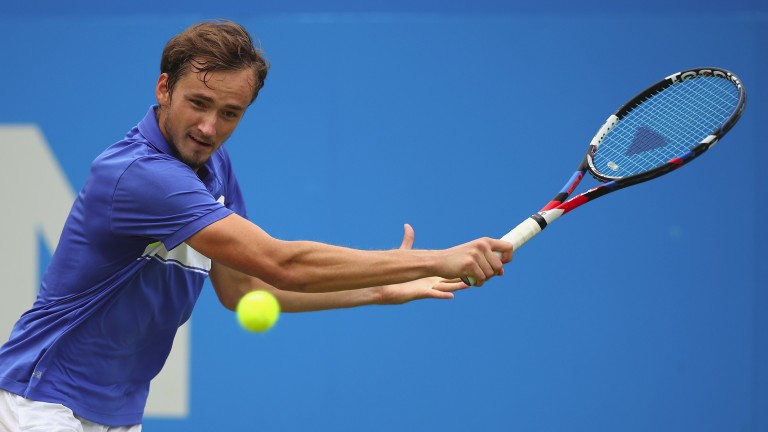 ATP St Petersburg Open
Jo-Wilfried Tsonga, the hero for France's Davis Cup team at the weekend, competes in Russia instead of Metz this week and the second seed could be a serious title threat.

But at the prices, slight preference is to take a chance on one of a couple of talented performers in Tsonga's half of the draw.

Borna Coric can be considered but there may be better value in 21-year-old Daniil Medvedev taking the title. He has not won a match since Washing­ton DC last month but could rediscover some form in his homeland.

ATP Moselle Open
Lucas Pouille came up short against Dusan Lajovic in the Davis Cup on Friday, but the French ace has a decent chance of retaining his Metz crown this week.

Pouille will be relieved that France made the final and considering the third seed has a round-one bye and an easy-looking opener, 6-1 may start to look appealing by the last eight.

David Goffin is favourite after some sterling cup displays, but neither the 2014 Moselle Open hero nor US Open semi-finalist Pablo Carreno Busta could be considered good things in France.

WTA Guangzhou Open
The draw for the Guangzhou International Open, which starts early this morning, was not known until late last night and Chinese aces Shuai Peng and Shuai Zhang top the bill.

Zhang looks to be returning to something like her best and could go close, but at the prices slight preference is for Alison Riske.

The American, who has fared well on previous visits to the Far East, could yet prove a force at Grand Slam level. Yanina Wickmayer also has opportunities in south-east China.