Talented Belgians are pick of the favourites 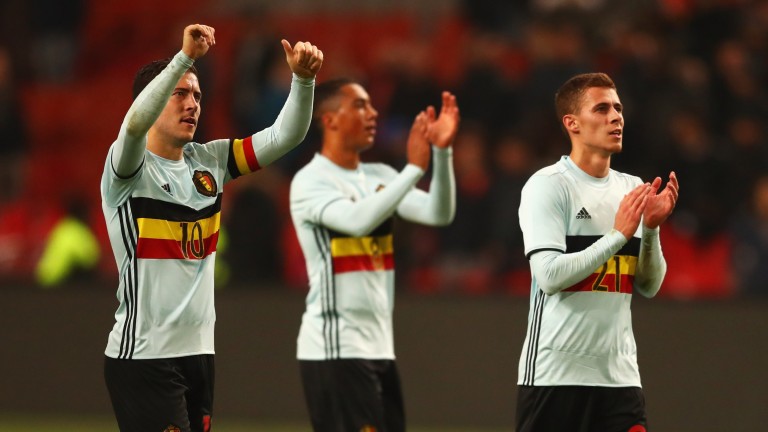 The best has most definitely not been saved until last from a betting point of view in Sunday's round of World Cup qualifiers.

There are a plethora of short-priced favourites and even Cyprus and Hungary are in the unusual position of being considered absolute certainties for their home clashes.

Opponents Gibraltar and Andorra are complete minnows, while those sticking the two home bankers in with the likes of Holland, Switzerland, Belgium and Portugal won’t be getting rich, although it is difficult to see the six-timer getting chinned.

Holland may not thrash Luxembourg, particularly after Vincent Janssen was ruled out with a head injury, and their recent meetings have been tight with two 1-0 Dutch wins.

One of the safest favourites should be Belgium and those desperate for a punt should consider the European Championship and World Cup quarter-finalists to triumph by more than two goals against Estonia.

Eden Hazard, Kevin De Bruyne and Romelu Lukaku should have a field day as they look to maintain their perfect competitive record under Roberto Martinez.

Belgium won 3-0 in Cyprus and 6-0 away to Gibraltar, while Bosnia were battered 4-0.

Estonia have lost 5-0 in Bosnia and 2-0 at home to Greece and this could be the most one-sided contest on a dull day of football.