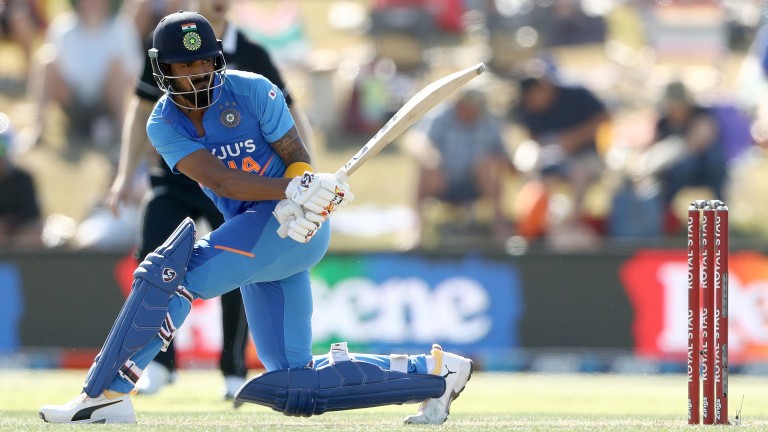 Free cricket tips, best bets and analysis for the T20 World Cup which starts in Oman and the UAE on Sunday.

Live coverage on Sky Sports Cricket from 11am Sunday

The format of the T20 World Cup means punters should read the small print before placing bets on the top tournament runscorer and wicket-taker.

Most bookmakers are counting runs and wickets scored in the first round, which explains why several Bangladesh and Sri Lanka players are priced up shorter than bigger names from other nations.

The Tigers and the Lankans are hot favourites to qualify for the Super 12 stage, by which time they will have played three games against lower-ranked teams, and one player who could make a flying start to the tournament is Bangladesh all-rounder Shakib Al Hasan.

The left-arm spinner has been opening the bowling for Kolkata Knight Riders in the Indian Premier League in the UAE and has bowled his full quota of four overs in 11 of his 12 T20 internationals this year.

The exception came in August when he took 4-9 off 3.4 overs against Australia in Dhaka and he should trouble the Papua New Guinea, Scotland and Oman batsmen.

India's KL Rahul had a miserable series against England earlier this year, scoring just 15 runs in four innings, but that was a rare blip on an otherwise glorious T20 record.

Rahul still averages 39.92 in T20 internationals and his IPL form should earn him an opening spot for India. In the last four seasons with Punjab Kings, Rahul has scored 23 fifties and two centuries in just 55 innings and he signed off his 2021 campaign with an unbeaten 98 off 42 balls against Bangalore in Dubai.

New Zealand's Glenn Phillips has also played some blistering innings in franchise leagues around the world, hitting more sixes than any other player in Twenty20 competitions this year.

He looks a big price to top-score for the Black Caps, whose captain and star batsman Kane Williamson has struggled with elbow and hamstring injuries recently.

Phillips made back-to-back scores of 94 not out for Gloucestershire against Glamorgan and Sussex in this summer's T20 Blast and his T20 international strike-rate of just under 150 was boosted by scoring New Zealand's fastest century in the format against the West Indies last November.

Sri Lanka opener Avishka Fernando, in contrast, has a dismal T20 record, averaging 13 after 21 innings, but he has enjoyed himself in the warm-up games, scoring 83 not out and 33 against Oman and 62 not out against Bangladesh.

That should set him up nicely for first-round fixtures against Ireland, Namibia and the Netherlands. Fernando showed his white-ball potential with an ODI century against a strong South Africa attack in September and is a big price to top-score for Sri Lanka in a weak heat.