Moeen Ali back to boost the Rapids 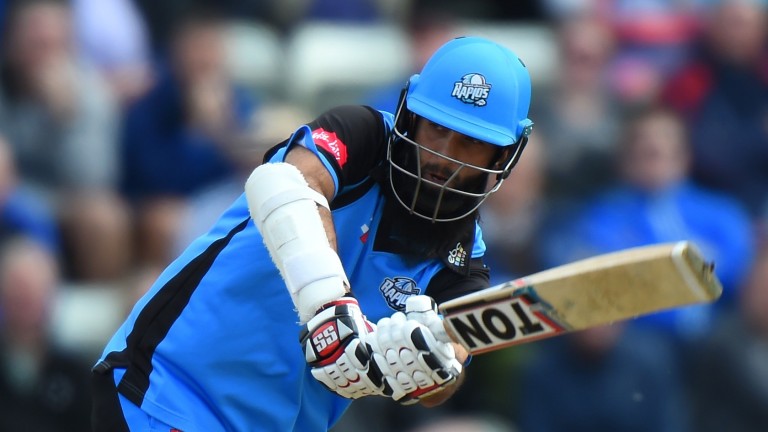 Worcestershire defied odds of 33-1 to be crowned T20 Blast champions last year and the Rapids are unlikely to give up their crown without a fight in Friday's third quarter-final against Sussex at Hove.

Only Lancashire, beaten by Essex in the last eight on Wednesday, boasted a better group record than the Sharks but it might be unwise to write off the title holders.

No side have won more games in the competition over the past two season than Worcestershire, a run that includes victory over the Sharks in last season's semi-finals, and perhaps even more crucially Sussex's bowling unit is slightly stretched for this clash.

Jofra Archer is toiling away against Steve Smith at Old Trafford, ace leg-spinner Rashid Khan is playing for Afghanistan and Aussie quick Jason Behrendorff has had to pull out due to the recurrence of a back injury.

Worcestershire, meanwhile, are shorn of an overseas player after Callum Ferguson returned to Australia but Moeen Ali is back in the ranks and seemingly enjoying his cricket again after being dropped by England - he has scored 32, 85 not out, 23 and 51 in four Blast outings.

There isn't a headline act in the visitors' squad but as they proved last year, they are greater than the sum of their parts.