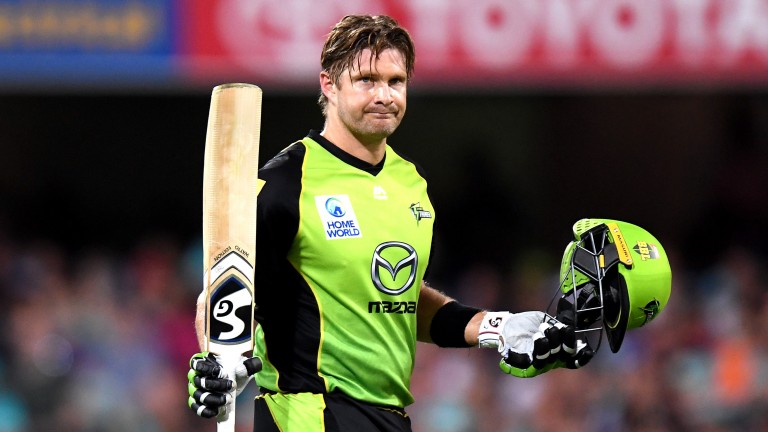 Sydney Thunder's Shane Watson acknowledges the crowd after his century in Brisbane
Bradley Kanaris
1 of 1
By James Milton 7:00PM, JAN 21 2019

Hobart Hurricanes have romped six points clear at the top of the Big Bash table but just four points separate the other seven teams so Sydney Thunder and Melbourne Renegades can't afford to slip up.

Despite being hammered by the Stars in the Melbourne derby last time out, the Renegades are third in the table – one place above the Thunder – with the top four going through to the semi-finals.

The Thunder were heavily reliant on Jos Buttler's runs in the early stages of the tournament but veteran Shane Watson has stepped up since Buttler's departure to join England's tour of the West Indies.

Watson blasted 68 off 40 balls against the Strikers, when only one other player in the match passed 30, before hitting 100 off 62 deliveries against the Heat in Brisbane.

There is little juice in best odds of 23-10 about him top-scoring for the hosts but the 9-1 that he is named man of the match looks well worth a bet.

Recommendation
S Watson to be man of the match
1pt 9-1 bet365, Betway