Neither team convince at the back 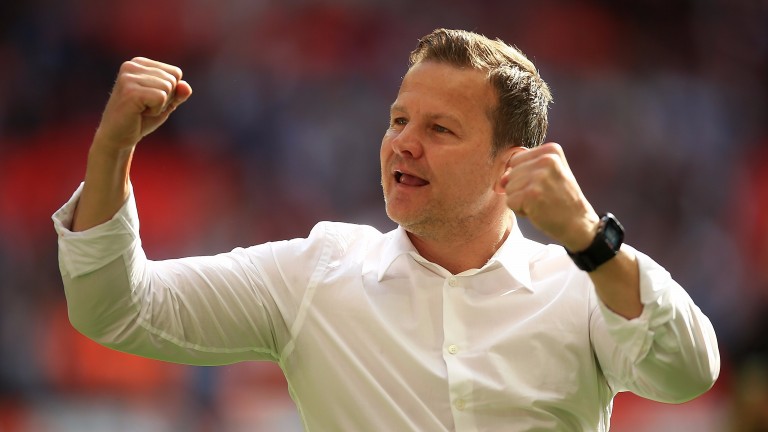 This will have been the game that Mark Cooper looked for first when the fixtures were announced but it may not end well for the Forest Green manager against his former club Swindon at the New Lawn.

It's been a tough step up for Rovers since gaining promotion from the National League via the playoffs and there are no real signs of major improvement from the Sky Bet Football League newbies.

Forest Green have won once - 4-3 at home to Yeovil - but they have not looked like keeping a clean sheet and Cooper has lost his rag at silly individual mistakes on a weekly basis.

A 1-1 draw at Port Vale stopped the rot after four straight defeats but substitute Omar Bugiel's equaliser was their only attempt on target and the shot statistics highlight exactly how difficult Forest Green are finding life at a higher level.

The opposition are averaging six shots on Rovers' goal per game and unless Cooper's side tighten up they will be in big trouble.

It's been an inconsistent start for Swindon (four wins, three defeats and one draw) which is perhaps understandable given they started the season with virtually a new team and time will be needed for David Flitcroft to fully get his ideas across.

However, Swindon have responded well to the shock of losing successive home matches to Barnet and Crawley.

They beat Luton 3-0 at Kenilworth Road and were possibly unlucky to lose 1-0 at Notts County next time out before a 3-2 victory over Stevenage that was easier than the final scoreline suggested.

Dion Conroy's long-term knee injury is a real blow for Flitcroft, particularly as Swindon are not blessed with centre-backs anyway, but at the other end Luke Norris has smashed in six goals in nine outings this term.

Neither team convince at the back but Swindon's extra quality in the final third may prove telling.

Team news
Forest Green
Manny Monthe may return to the squad but Forest Green could be unchanged from the side who drew at Port Vale.

Swindon
Dion Conroy is a long-term absentee after sustaining a knee injury last week. Kyne Knoyle is out but Donal McDermott returns from suspension.