Fast Freddie out to lead his team to final 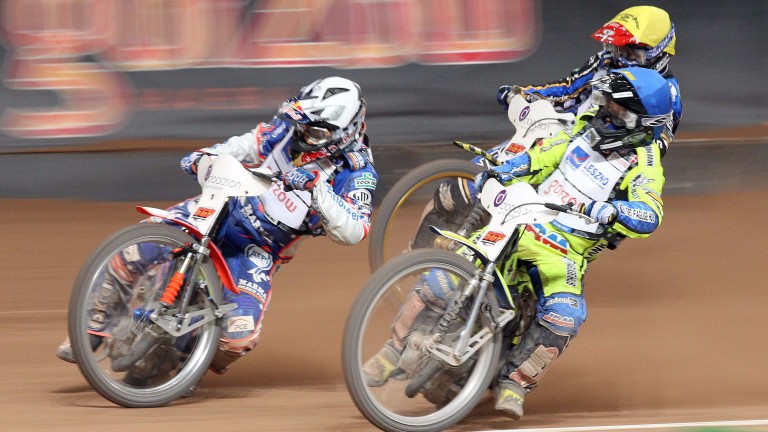 Fredrik Lindgren (right) has never managed to top the podium in the Welsh capital
Jan Kruger
1 of 1
By Steve Davies 8:19PM, JUL 3 2017

It's hard not to like home nation Sweden’s chances in Event Two of the Speedway World Cup.

The Swedes are on home shale in Vastervik against Denmark, Russia and Latvia and have to be the bet at evens.

It does look a straight fight between the Scandinavian countries – Russia are wholly reliant on skipper Emil Sayfutdinov while Latvia are making up the numbers.

And the Swedish squad are in exceptional form. ‘Fast’ Freddie Lindgren has won a Grand Prix this year, is fourth in the current GP standings and was outstanding in the Swedish Championship where he stormed to the top of the rankings only to lose in the final. The man who beat him, Antonio Lindback, is Sweden’s number two.

Denmark will go to the tapes without big stars Peter Kildemand and Nicki Pedersen and with their other standout name, Niels-Kristian Iversen, is struggling on the GP circuit. Much will depend on the lead given them by skipper Kenneth Bjerre.